When I began to write a memoir about my unconventional mother, it had been more than 20 years since I lost her. I still loved her as much as I had when she was alive; in fact, I worshipped her, despite her outside-the-lines parenting style. I was certain that there would be no surprises in beginning to write about her. But there were.

I soon realized that what had started as a love letter to her was actually about me — my perspective on us. And once that framing changed, so did everything else.

The writing propelled me to finally confront all the illusions, misperceptions, and secrets that I had long since buried. Who was the little girl who once was me, and how did she really feel about who she was when she was with my mother?

I realized I had internalized four valuable truths from growing up with my mother — all of which made me breathe a little easier as a mother myself.

There is no one right road.

When you have children, hand-wringing over choices is usually unavoidable. And quite often, there may really be one road that is better for you and your child. But no choice will come without unintended consequences. Even the absolute best course of action — one that you enter into with the best intentions — will likely surprise you.

There were many things that my mother did not intend to happen that still did. Her story is filled with circumstances and choices that changed the course of her life — and mine. She was a goddess, an extraordinary woman whose otherworldly beauty opened every door; she made decisions about loving or not, about staying or leaving — and I lived the negatives and positives of those choices with her. Each choice had both good and bad baked in.

The motherhood lesson I absorbed was to stress less and just follow what my heart tells me is best for my child. Then, when some things went awry — and some always do —i t was easier to handle.

Seek to understand, not to blame.

Mothers are people first. And mine, I now realize, was a narcissist. How did she become the charismatic, charming, and seductive woman who everyone wanted a piece of, including me?

There were indeed painful downsides to growing up with such a mother; never feeling a priority or fully loved were the top two. However, I now see there was an upside too.

I realized that dancing around my mother ultimately made me a great team player who loved helping other people shine. Trying to get my mother’s attention made me resourceful and clever. Trying to figure her out made me intuitive and sensitive to other people’s wants and needs. These are all traits for which I have been rewarded, both in the office and in my personal life. I’m glad that I didn’t blame my mother — because in my case, every challenge became a strength and an asset. 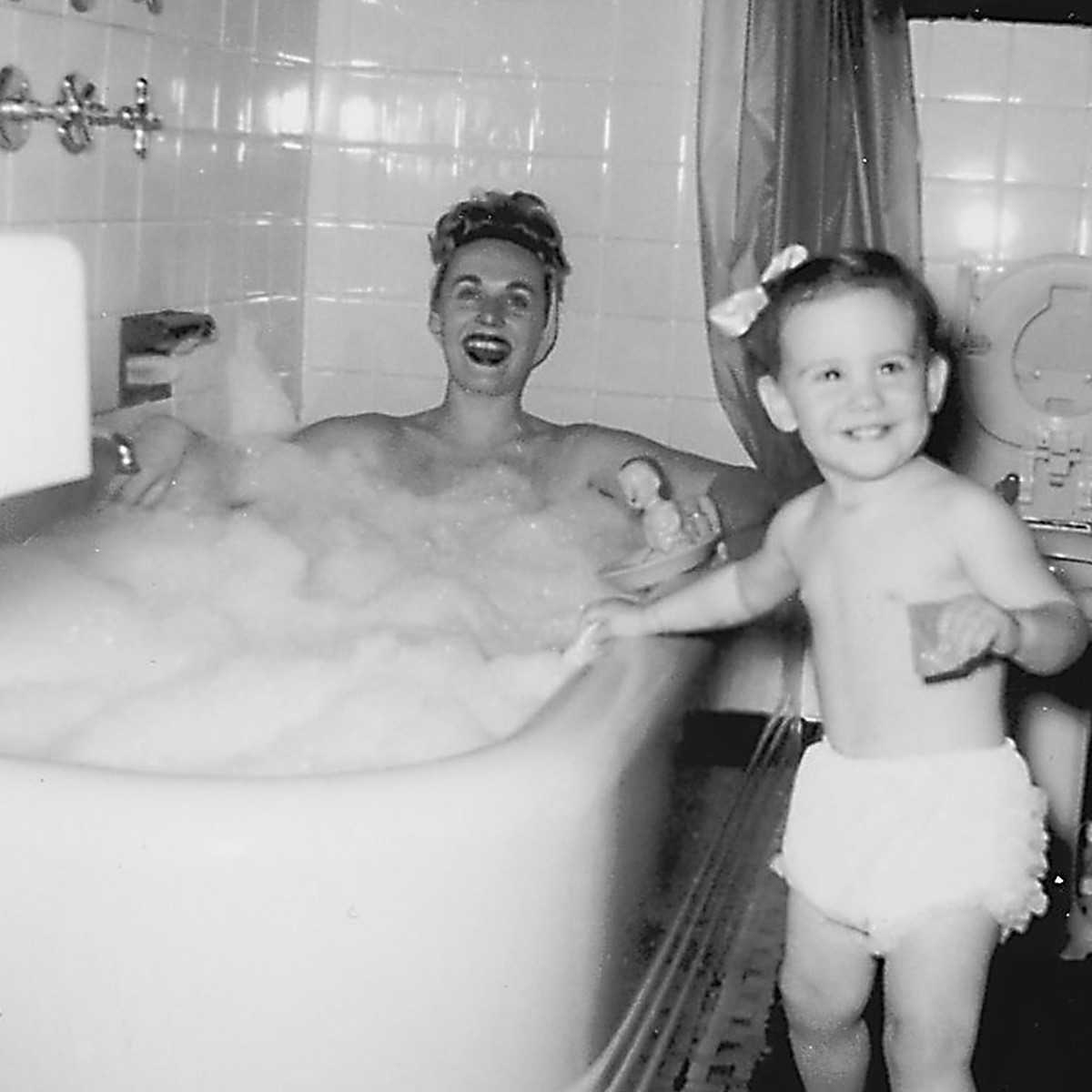 Always be true to yourself, whoever you may be. And in an age of self-expression, self-actualization, and ever-changing modes of social media, that mantra can take on many forms. Being a non-conformist is cool, but it’s not always easy to be the child of such a person.

My mother was a non-conformist when women were supposed to conform; she gave birth to me in the conservative 1950s. But she despised domesticity, she was glamorous, and she worked (and then went out constantly with friends). My mother designed her life in a way that women today might applaud; she moved her two spinster sisters-in-law into our tiny apartment so she could be free of my day-to-day care. She fully owned her unconventional persona, which is wonderful. But as her child, I was in a perpetual state of longing. My mother’s love and affection always seemed to be just beyond my grasp.

So, when I became a mother myself, my childhood experience made me err on the side of giving too much love. Even though my own career was demanding, I made it a point to make my children feel that they came first every day. I ultimately became the mother I had always needed myself.

I was an only child who never rebelled. I never even fought with my mother, and I always believed our smooth seas signified closeness. But I realize now that it was because I felt I couldn’t risk challenging her; that I wasn’t too sure how she felt about me, so I was not inclined to antagonize her.

I see now with my own three children just how healthy disagreement can be. It strengthens and sharpens; it allows the next generation to reject what’s not working so that they can do better. I’ve tried hard in my own household to become more conscious about encouraging contrary opinions.

And now, I often wonder what my mother’s opinion would be if she were alive. After all, my book about her is raw and revealing and packed with feelings I never came close to expressing when we co-existed. Still, I do believe that my love for her clearly comes through in the pages and that ultimately, she would be proud. After all, she’s more famous now than she ever was when she was still alive.