Christmas is coming, and whether that fills you with the warm fuzzies or absolute dread, there’s no two ways about it: One of the (top two? three? do birthdays count?) biggest gift-giving holidays of the year is on the snow covered horizon. Of course, some people are easier to shop for than others. The most elitist gift-recievers of all? Toddlers.

Not a baby, not yet a child (that’s the new Britney song, right?), toddlers are that weird middle ground where they demand independence, yet have no idea how to do anything they want to do themselves. They’re much like tiny drunk adults in that you can’t rationalize with them; all you can do is watch them dump spaghetti on their heads and hope they go down for nap soon.

No idea what to get your toddler for Christmas? Doesn’t matter, because whatever you give them, they’ll like the box better.

We all know they’d rather eat the lint out of the dryer trap than chew on whatever brightly-colored, ergonomically designed, organic $45 rattle you buy them, so what’s the point? Good news: We’ve gathered up 15 ridiculous things your toddler actually wants for Christmas — and the saner items you can buy them instead. 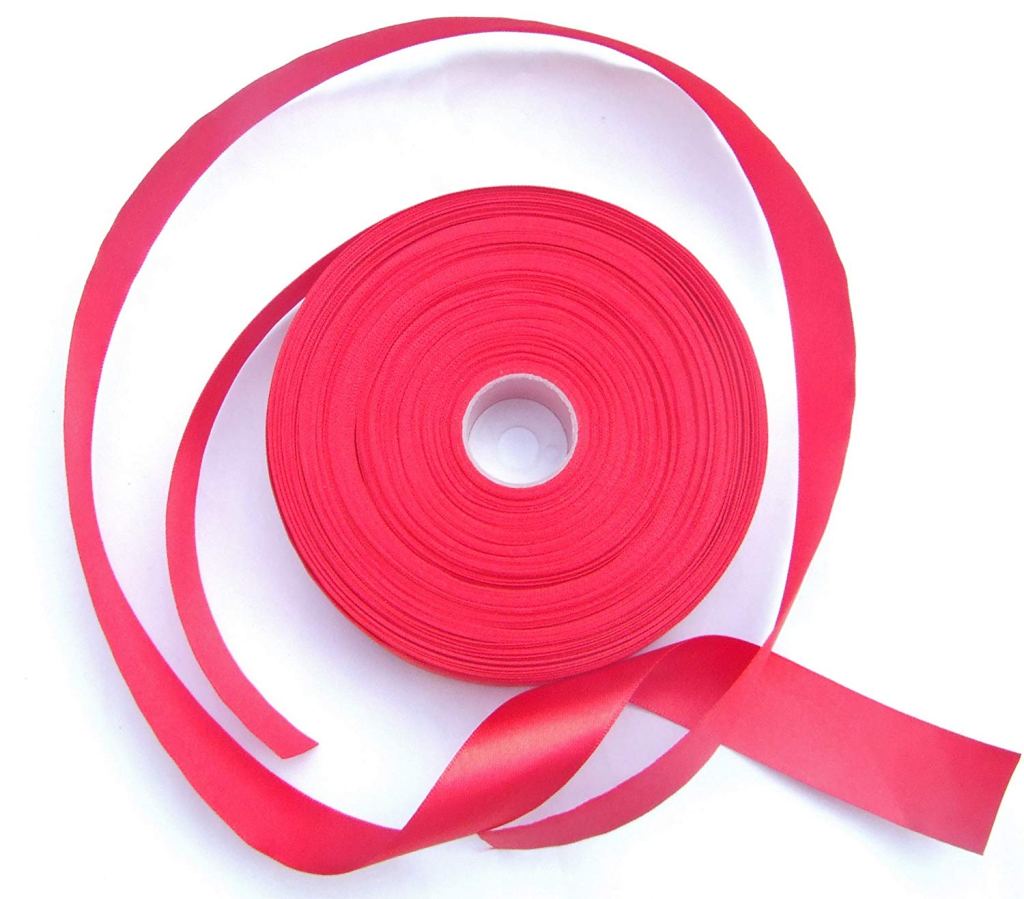 They want: ten minutes alone with a roll of toilet paper.

Give them: I mean, give them the toilet paper, but if you don’t want your mother-in-law picking wads of soggy toilet paper out of your kid’s mouth and giving you that “raised eyebrow” look she does oh so well, try a roll of wide satin ribbon. You can put it on the toilet paper roll in the bathroom, and they can unspool the soft ribbon to their heart’s content, no spitballs in sight. 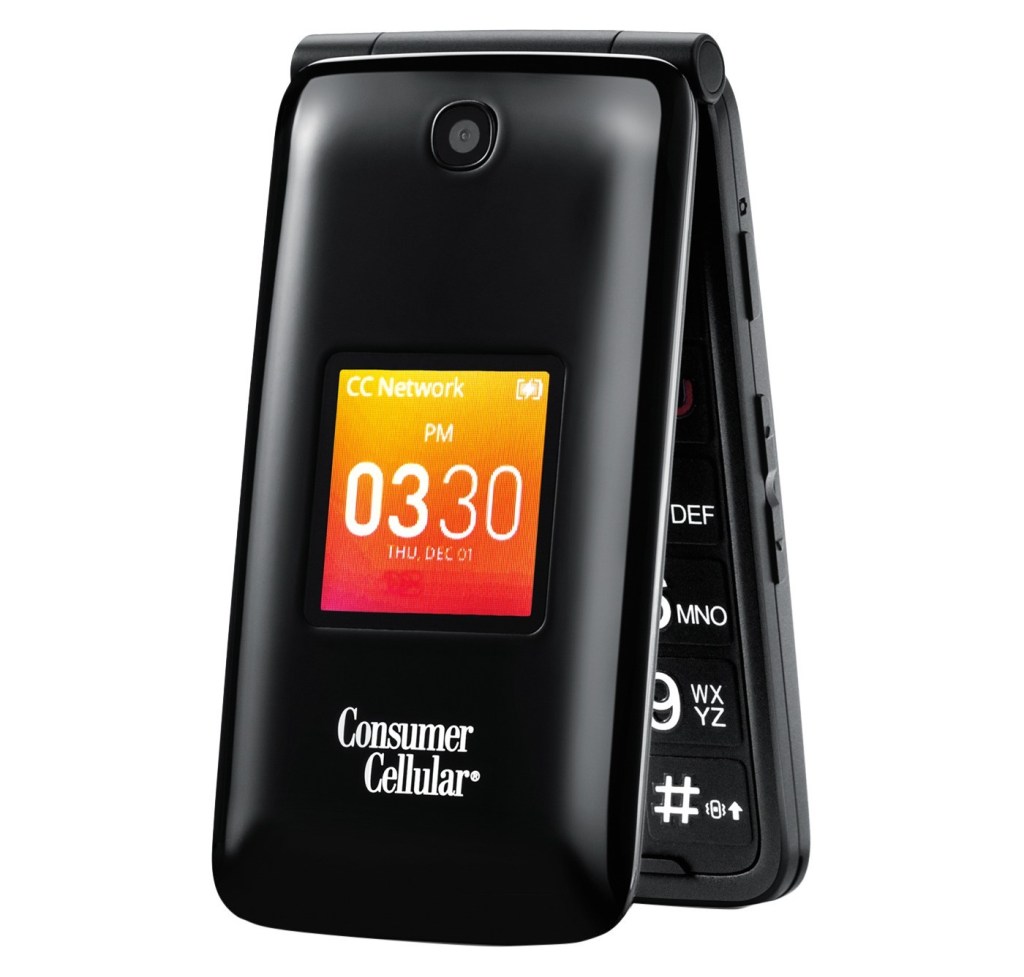 They want: your cell phone (not that plastic toy imposter, because they’re on to your tricks!)

Give them: One of your old cell phones. How many of us have a drawer of old cell phones (looking at you, flip phone) that just take up space but are hilarious to think you actually used, back when screens were two inch squares and black and white. Or if you didn’t hang on to your old antenna-ed phones, try one of these new flip phones instead. 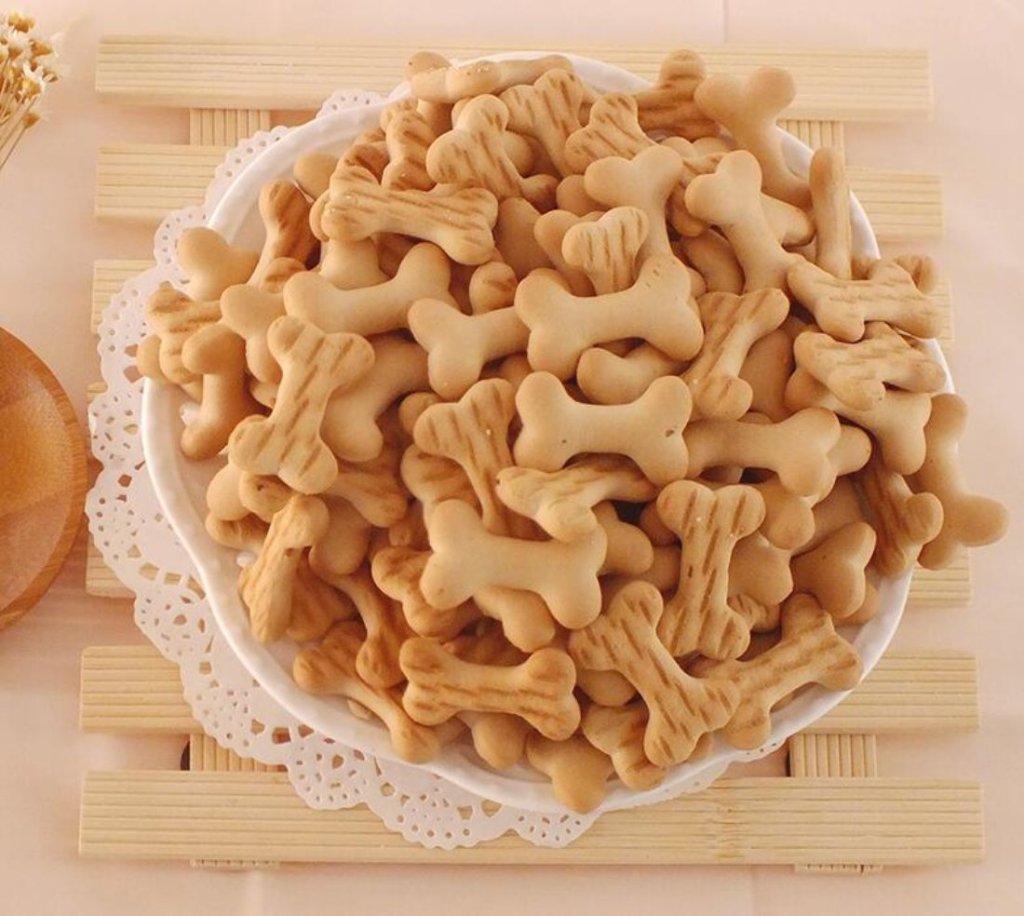 They want: One of those bone-shaped cookies they think must be your favorite because you freak out whenever they sneak one from the box next to the dog food bag.

Give them: a different bone-shaped cookie they can eat without the freak out. These crazy ones come in three flavors; milk, carrot, and seaweed, so either they’ll like them and be getting some veggies in, or they’ll hate them and stay away from the dogs treats. 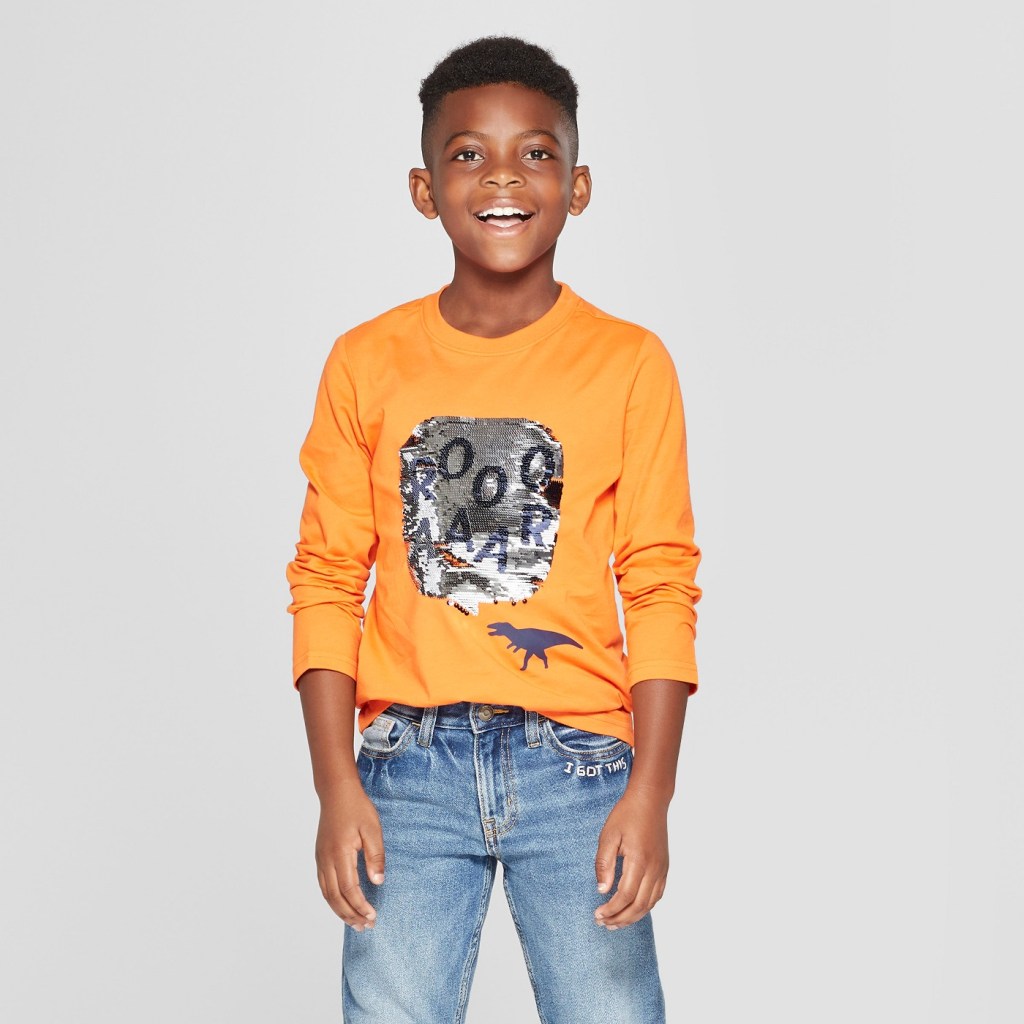 Give them: Since toddlers are soooo changeable, give them a shirt that they can change at their will to match their moods. This sequin-changing shirt has a silver dinosaur design — but rub the sequins in the opposite direction, and the changes the dinosaur’s speech bubble to a black background that says roar. This orange shirt is the perfect addition for the toddler who gives you whiplash from their mood changes. 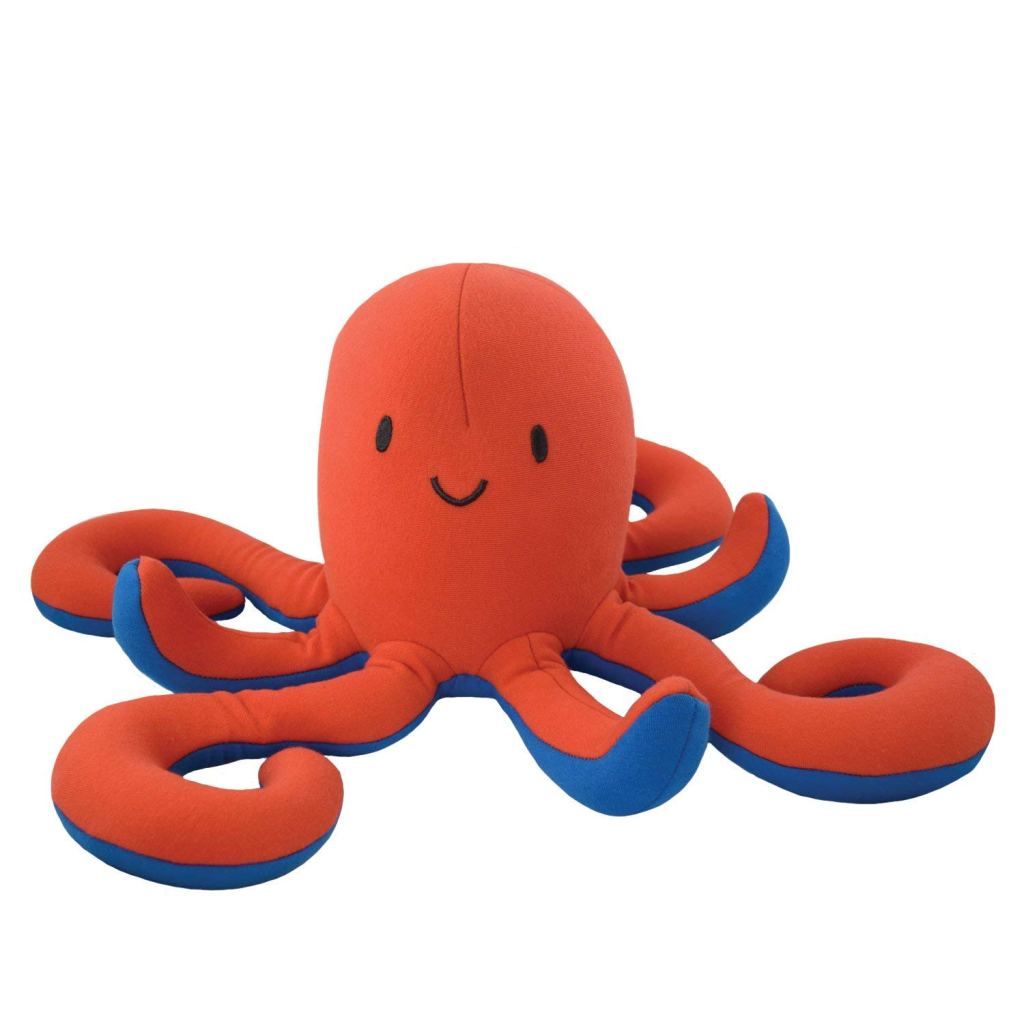 They want: something huggable. Like, you know, a puppy.

Give them: Instead of a live animal, give them the most huggable toy there is. Yogibo Mate Beanbag stuffed animals come in a menagerie of animals, including an octopus, sloth, koala, penguin, elephant, and more. These squishy creatures are also machine washable, so they can go on any and all adventures your kiddo can dream up. 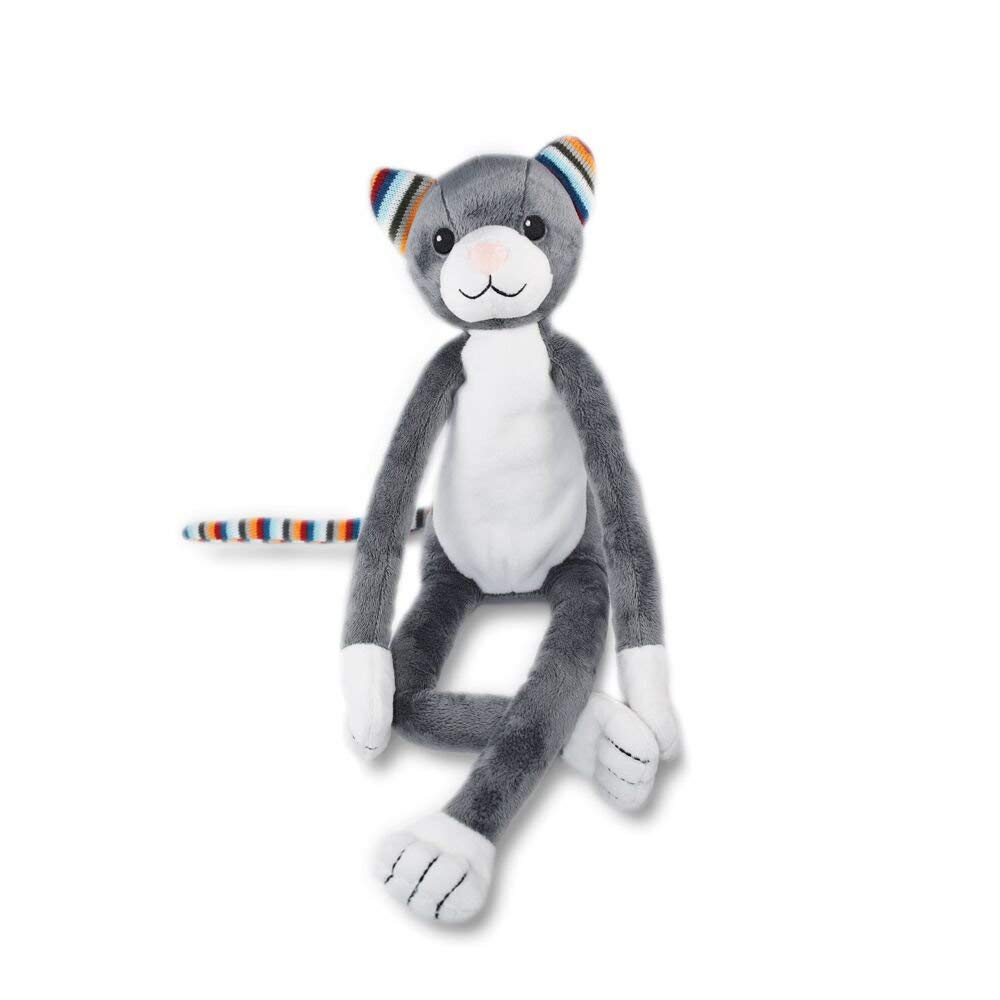 They want: a toy that takes six batteries, has no off button and is super easy for a parent to trip over and activate in the middle of the night.

Give them: a plush toy they can play with that doubles as a night light and sound machine (with an auto-off, so you don’t waste batteries) and which you turn on by squeezing a very specific spot (so no accidental, heart-stopping, “HI, I’M DORA!” at 2 am). 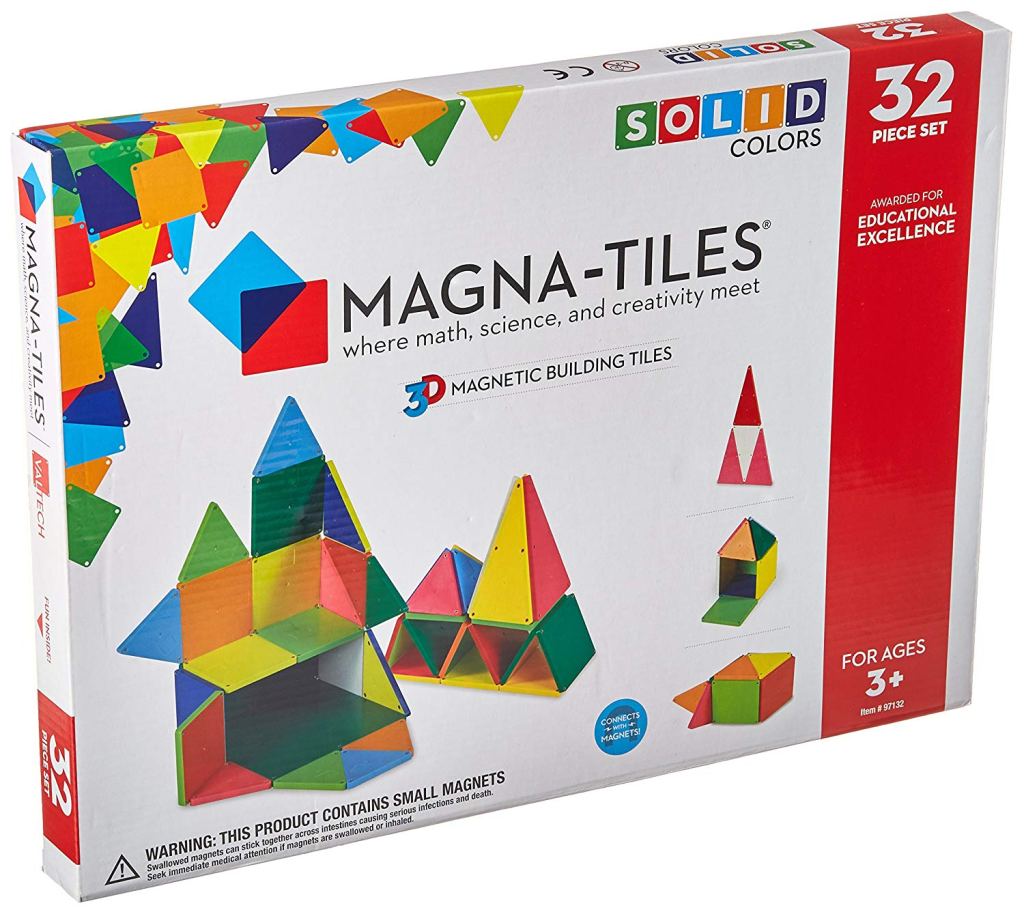 They want: whatever toy their older sibling is holding at this exact moment.

Give them: something they can do with their sibling, instead of an individual gift. Magnet tiles are a great toy that encourages sharing and teamwork — and while there’s nothing we can do about siblings knocking down each other’s creations, there’s bound to be a moment our two of love and sharing before one of them karate-chops the other’s tower, right? 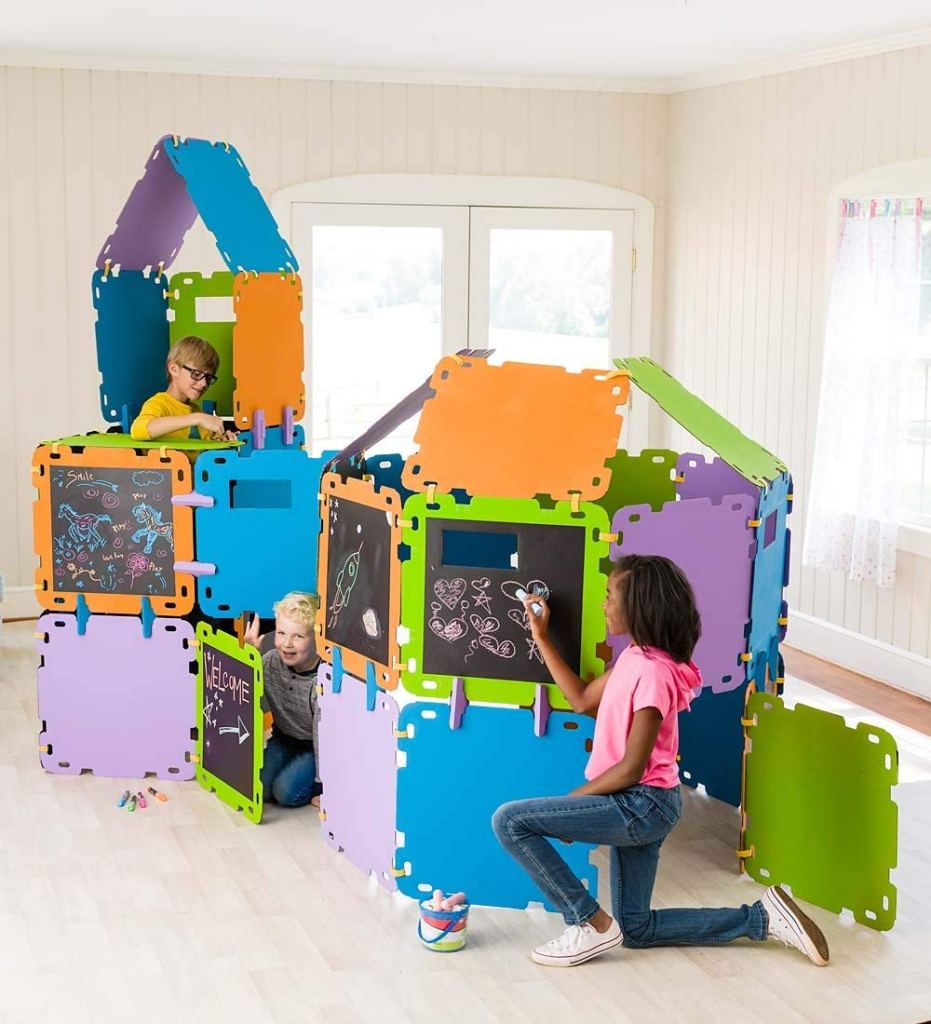 Give them: the best fort-building kit in the land. Sure, one of the best parts of cardboard box forts is that you can go to town with a marker all over the inside. Not the case in most other forts. But luckily, Hearthsong has a fantasy fort building kit with chalkboard panels — so you can not only have a badass fort, but also decorate it, erase, and decorate again. 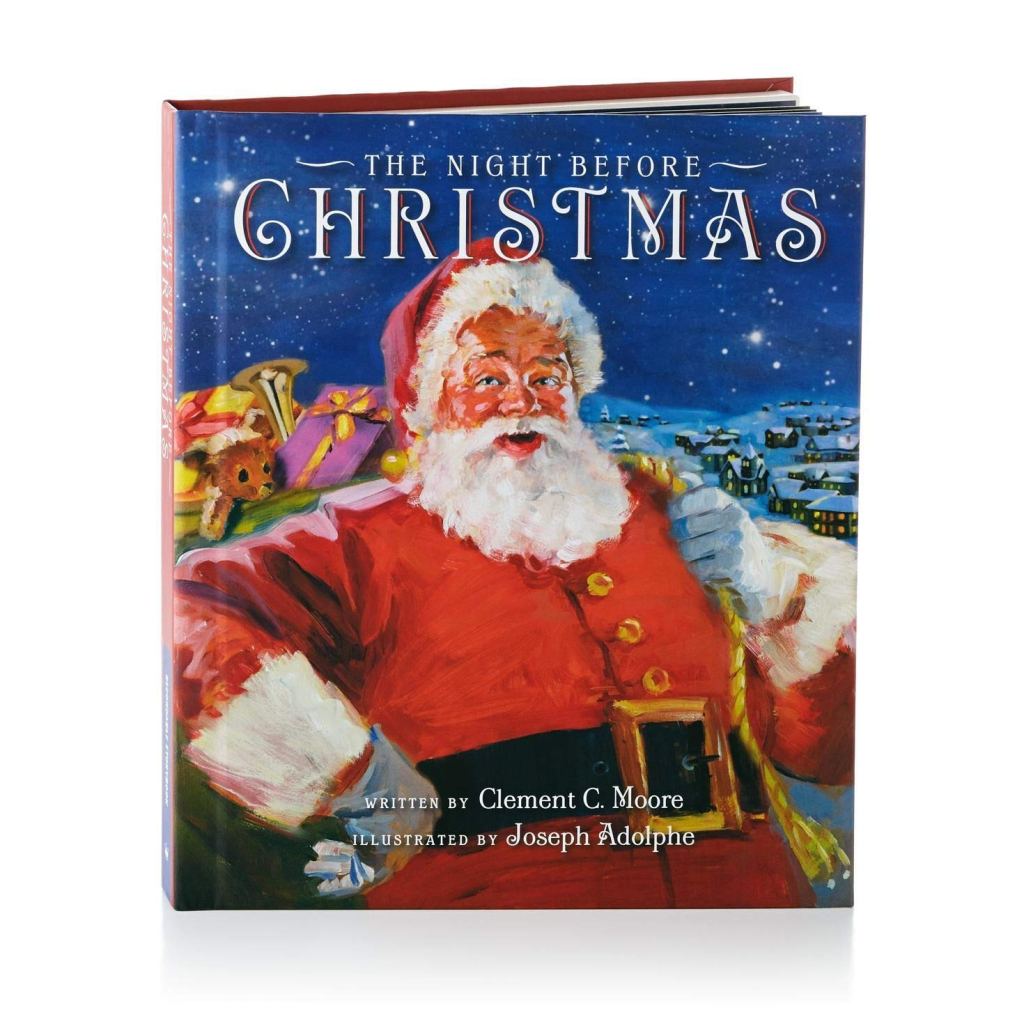 They want: Grandma. All the time.

Give them: a Christmas classic recorded in Grandma’s voice. You can choose from Rudolph the Red-Nosed Reindeer or The Night Before Christmas; these books let you record Grandma reading them, so as your kiddo flips each page, it’s the closest they can get to Grandma without FaceTiming her for the ninth time that day.

The Night Before Christmas recordable book, $38.95 at Amazon 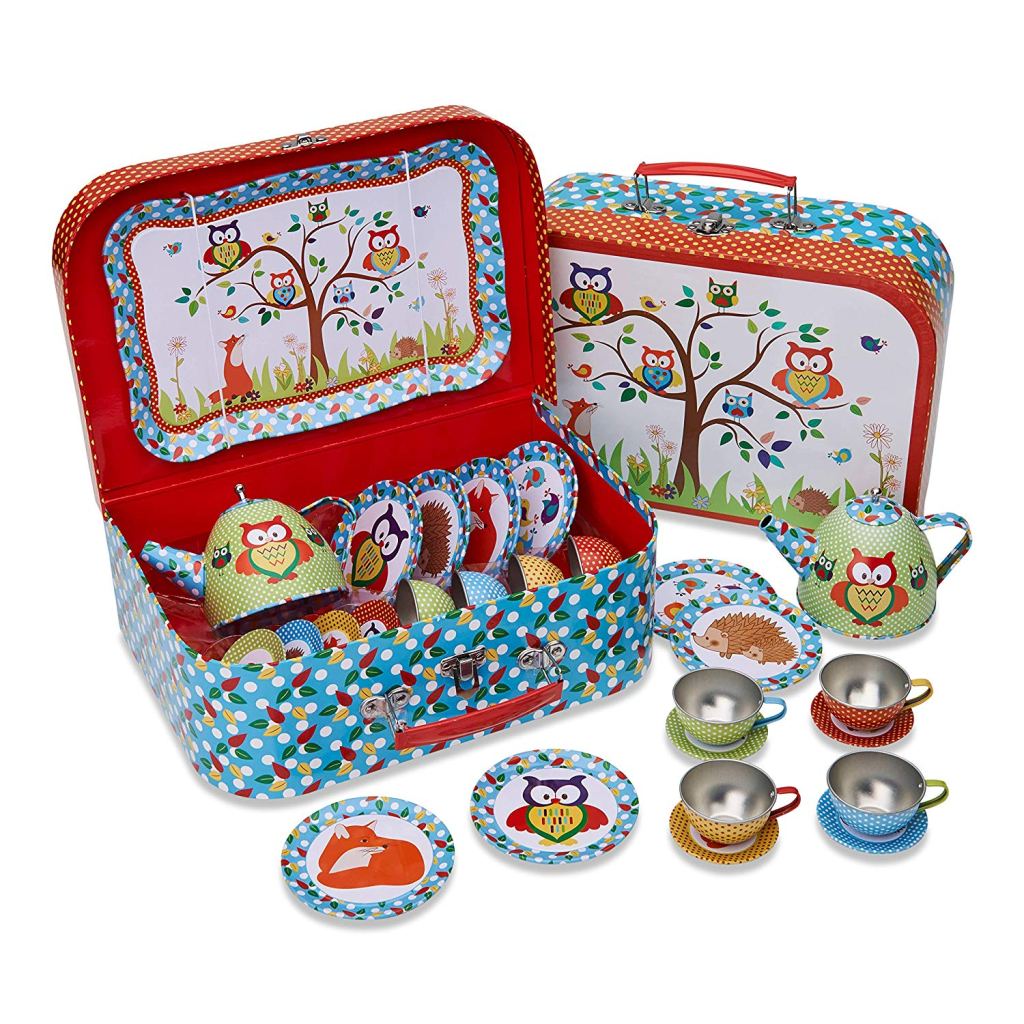 They want: the teapot from England you keep on the highest shelf and refer to as your “last nice thing.”

Give them: their very own tiny set of breakables. JK, this take-along tin tea set is unbreakable — and it contains a teapot, four plates, cups, saucers, and a serving tray, and comes with its own adorable tiny suitcase to hold it all in. 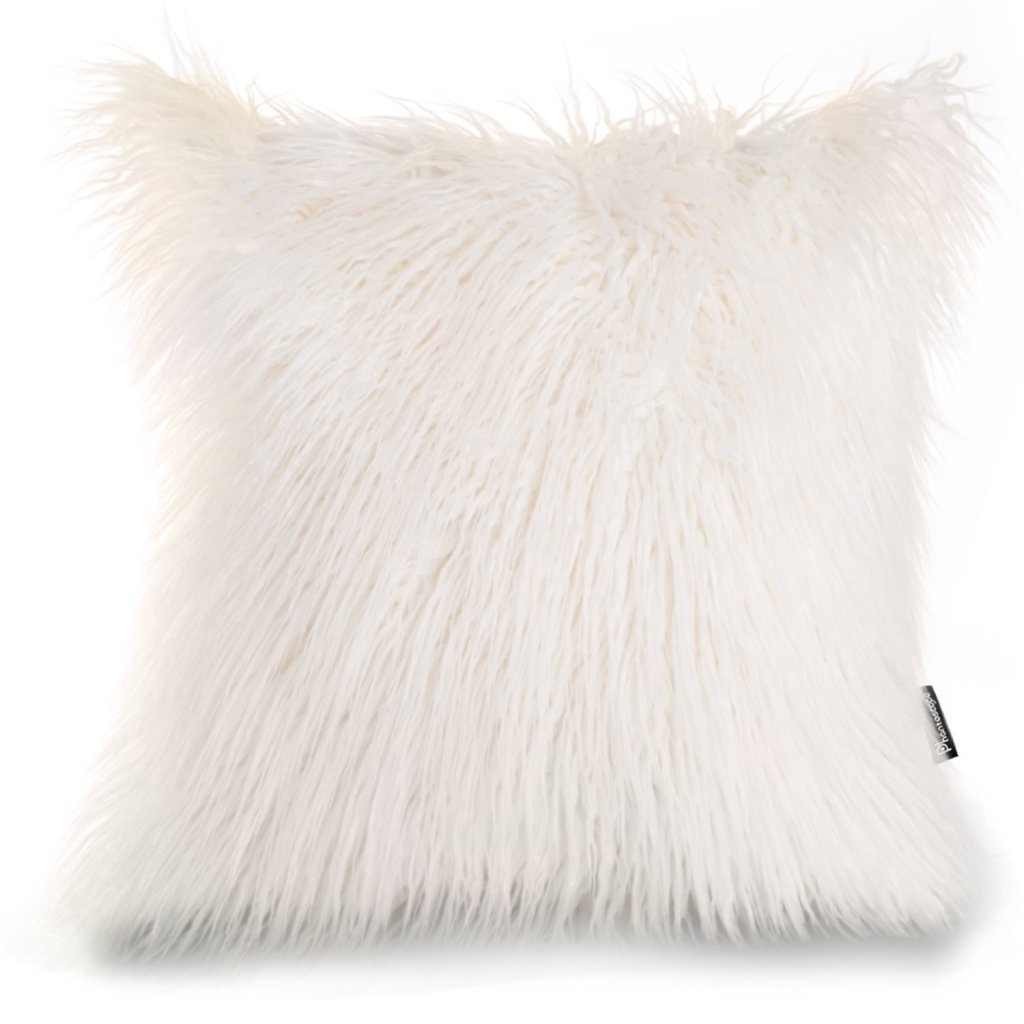 They want: for the cat to stay still long enough for a hug. Or five.

Give them: Ok, Fluffy is appealing, we get it, but since the love isn’t exactly mutual, instead of pulling out all of Fluffy’s hair, get them a faux-fur pillow they can squeeze and pull on instead. Fluffy, and her remaining hairs, will thank you. 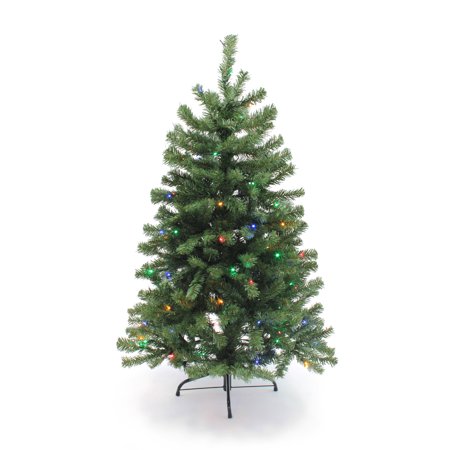 They want: a chance to climb the Christmas tree.

Give them: their very own artificial Christmas tree. A Christmas tree that’s their height, weighs 8 oz, and if it falls over won’t bring down the armoire full of priceless crystal stemware? Deal. Plus, it’s pre-lit with LED lights that will wow your tiny tot and be the perfect holiday nightlight.

More: Regifting Holiday Presents to My Kids Saved My Sanity 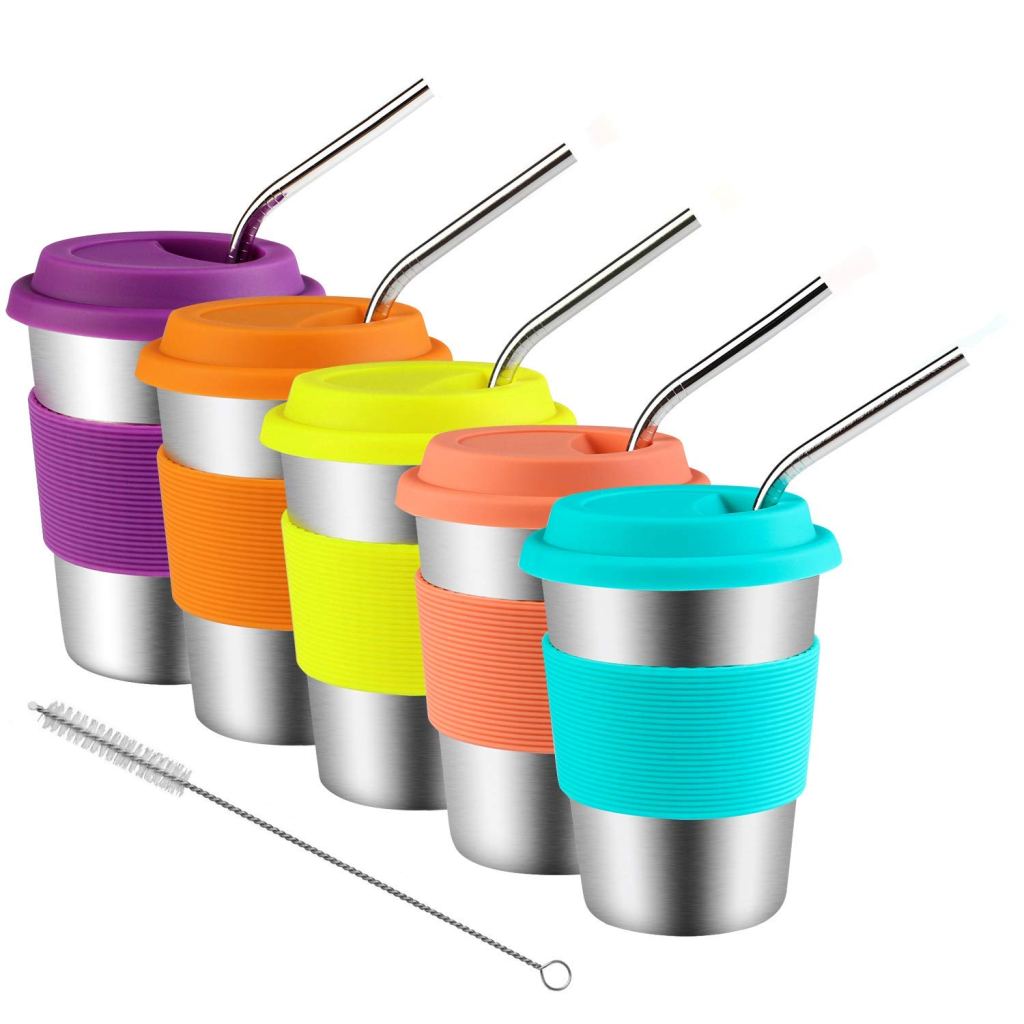 They want: juice, but only in a red cup.

Give them: Does your toddler have a specific cup — or color of cups in general — that they must drink from, and only that one? Also, do these exacting requirements of theirs… change daily? Solve the problem once and for all with this five-pack of colorful stainless steel cups with silicone sleeves and lids (and which come with five stainless steel straws). Dishwasher-safe, leak-proof, and a color for every day of the week. 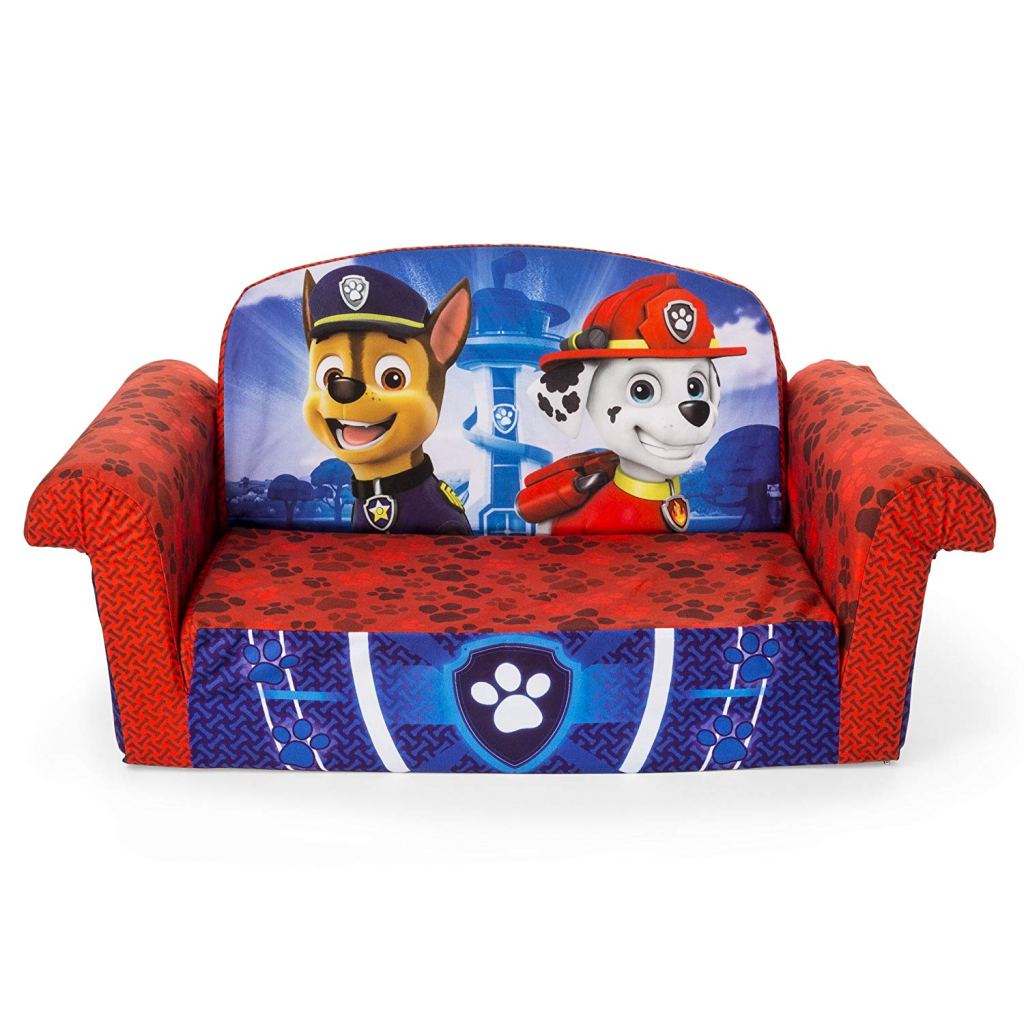 They want: All-access pass to the big bed.

Give them: If they’re still too young for a big kid bed, give them a special spot to lounge of their very own with a toddler couch that folds out into a tiny bed. You can even keep it in your bedroom closet and bust it out for family movie nights, right alongside your bed. 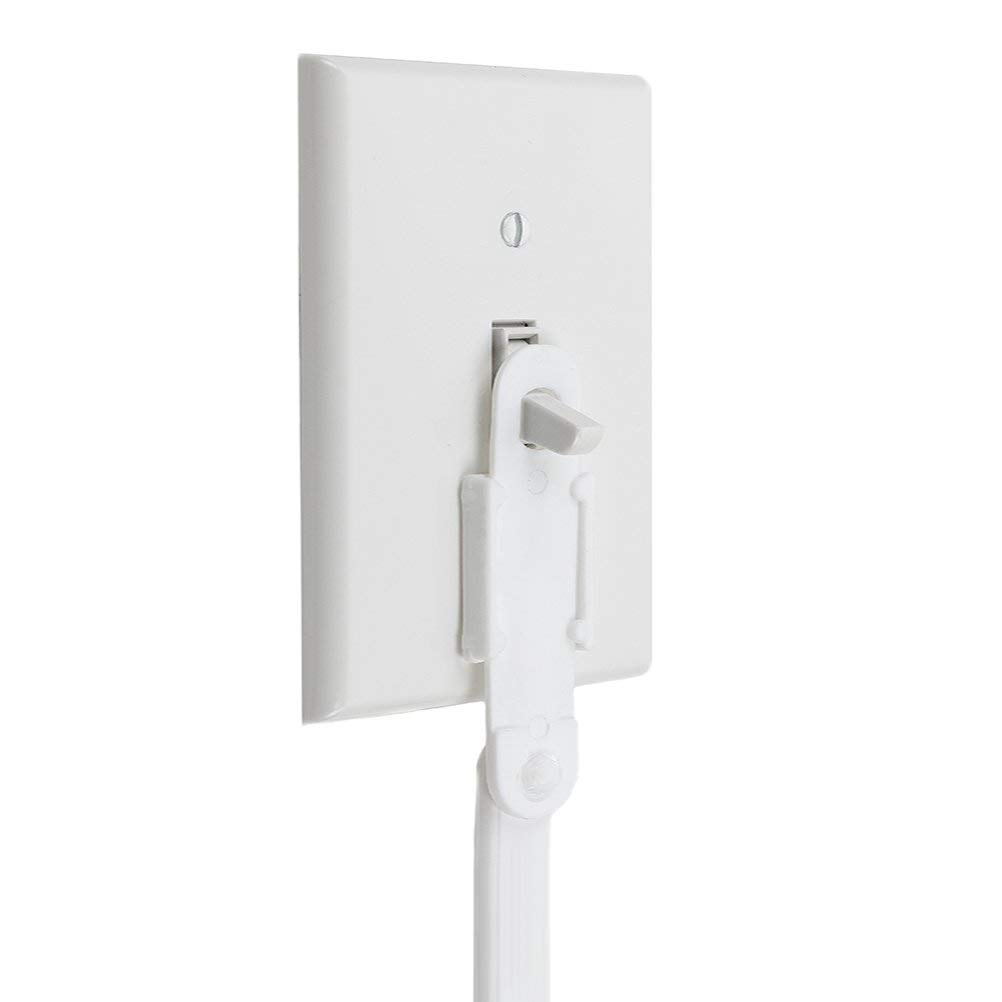 They want: To buckle the car seat/close the door/turn off the light by themselves.

Give them: Foster their independence and let them feel like they’re in charge of their surroundings by getting them a light switch extender, which has a 12-inch extended handle that allows them to turn the lights on and off themselves, without the dangers using a wobbly kitchen chair as a ladder.

Light switch extender, $11.99 for a two pack at Amazon 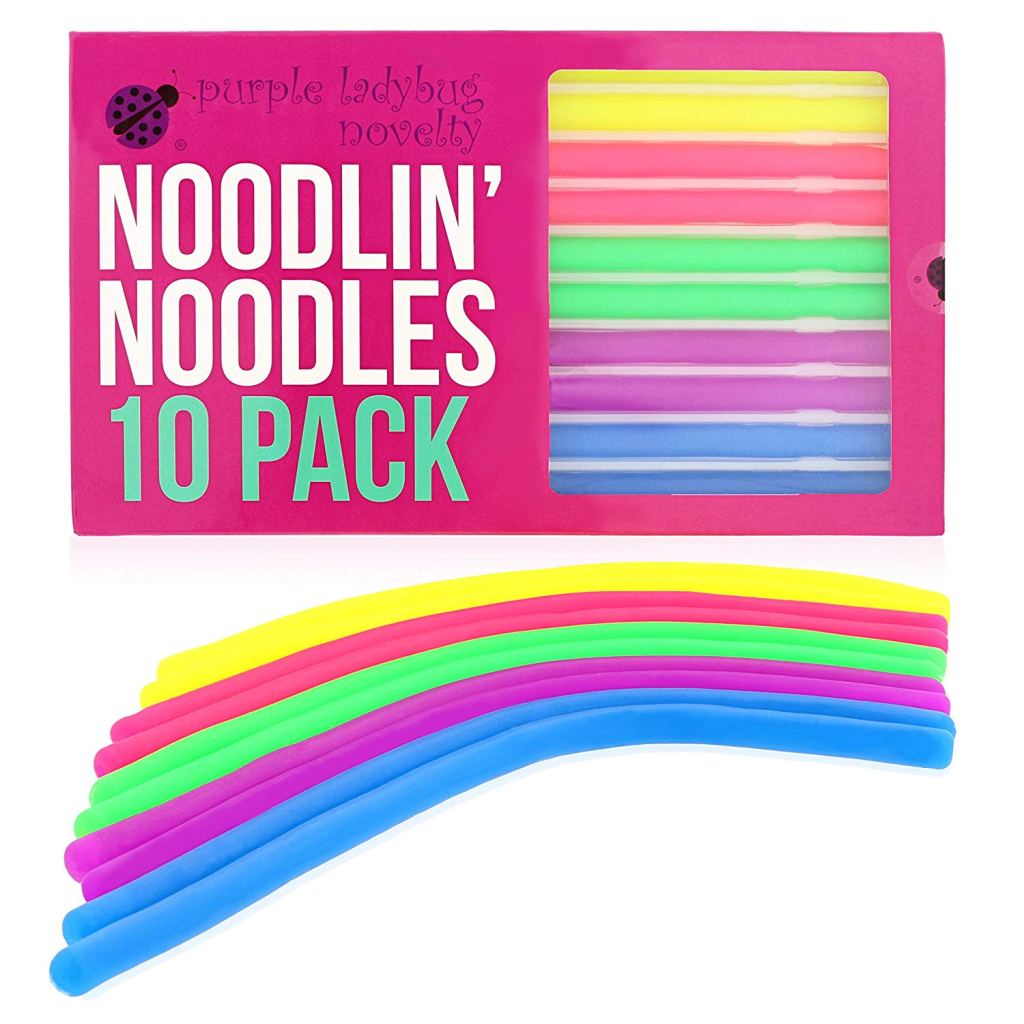 They want: that tangled web of electrical cords behind your desk.

Give them: a different kind of tangle. Purple Ladybug Noodlin’ Noodles are stretchy noodles you can twist, bend, wrap, twirl, and more. This ten pack comes in a rainbow of colors and are a great sensory toy for little ones.

Purple ladybug noodlin’ noodles, $9.99 for a ten pack at Amazon