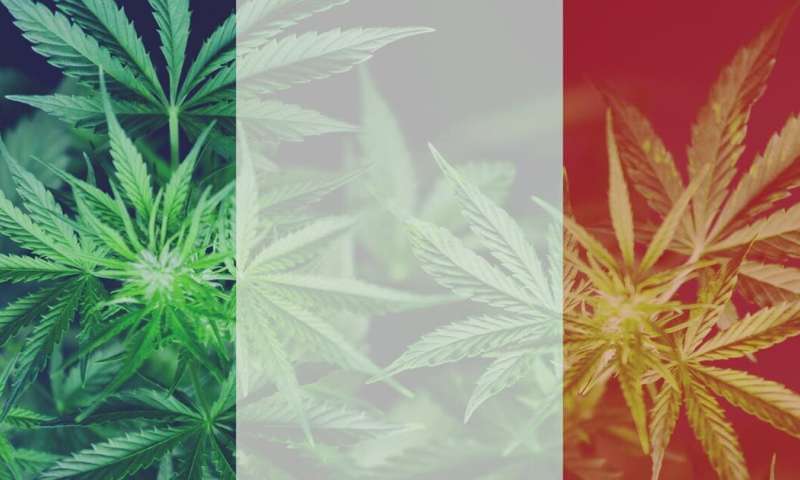 This past summer, the French food and drug office, the Agence Nationale de Sécurité du Médicament, greenlighted limited medical cannabis trials inside France, something that’s been illegal since 1953.

Many have applauded the move as an important first step toward rational, public health-oriented cannabis regulation in France. The Agence Nationale de Sécurité du Médicament similarly praised the trial for its groundbreaking efforts to produce “the first French data on the efficiency and safety” of cannabis for medical therapies.

This is all well and good. However, when it comes to cannabis, a peculiar historical amnesia seems to be gripping French medicine. These trials are not the nation’s first efforts to produce scientific data on medicinal cannabis products. Far from it.

“A drug not to be neglected’

During my research into the history of intoxicants in modern France, I found that in the middle 19th century Paris functioned as the epicenter of an international movement to medicalize hashish, an intoxicant made from the pressed resin of cannabis plants.

Many pharmacists and physicians then working in France believed hashish was a dangerous and exotic intoxicant from the “Orient”—the Arabo-Muslim world—that could be tamed by pharmaceutical science and rendered safe and useful against the era’s most frightening diseases.

Starting in the late 1830s they prepared and sold hashish-infused edibles, lozenges and later tinctures—hashish-infused alcohol—and even “medicinal cigarettes” for asthma in pharmacies across the country.

Throughout the 1840s and 1850s dozens of French pharmacists staked their careers on hashish, publishing dissertations, monographs and peer-review articles on its medicinal and scientific benefits.

French epidemiologist Louis-Rémy Aubert-Roche published a treatise in 1840 in which he argued hashish, administered as a small edible called “dawamesk” taken with coffee, successfully cured plague in seven of 11 patients he treated in the hospitals of Alexandria and Cairo during the epidemic of 1834-35. An anti-contagionist in a pre-germ theory era, Aubert-Roche, as most physicians then, believed the plague an untransmittable disease of the central nervous system spread to humans via “miasma,” or bad air, in unhygienic and poorly ventilated areas.

Aubert-Roche thus believed, mistaking symptom relief and luck for a cure, that hashish intoxication excited the central nervous system and counteracted the effects of the plague. “The plague,” he wrote, “is a disease of the nerves. Hashish, a substance that acts upon the nervous system, has given me the best results. I thus believe it is a drug not to be neglected.”

Physician Jacques-Joseph Moreau de Tours, organizer of the infamous Club des Hachichins in Paris during the 1840s, likewise heralded dawamesk as a homeopathic wonder drug for treating mental illness. Moreau believed insanity was caused by lesions on the brain. And also believed that hashish counteracted the effects.

Despite the small sample size, doctors from the U.S., the U.K., Germany and Italy published favorable reviews of Moreau’s work with hashish during the late 1840s and across the 1850s. One praised it as a “discovery of much importance for the civilized world.” 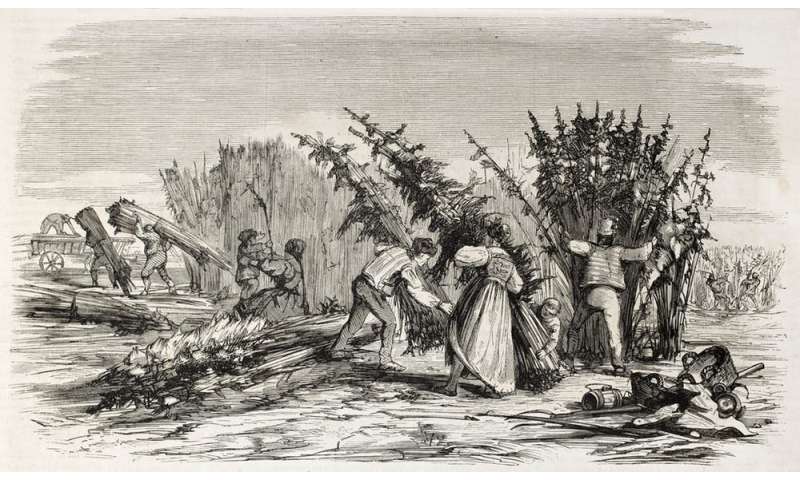 Though physicians in France and abroad touted dawamesk as a miracle cure, they also complained about the inability to standardize doses due to the variation in the potency of different cannabis plants. They also wrote about the challenges posed by the common adulteration of dawamesk, which was exported from North Africa and often laced with other psychoactive plant extracts.

In the early 1830s several physicians and pharmacists in the British Empire attempted to solve these problems by dissolving hashish in alcohol to produce a tincture. By the middle of the decade, French practitioners followed suit. They developed and marketed their own hashish tinctures for French patients. One pharmacist in Paris, Edmond de Courtive, branded his concoction “Hachischine” after the infamous Muslim assassins often associated with hashish in French culture.

The popularity of hashish tincture grew rapidly in France during the late 1840s, peaking in 1848. That was when pharmacist Joseph-Bernard Gastinel and the aforementioned De Courtive engaged in a legal battle over the patent—then known as the “right to priority”—for tincture manufactured though a particular distillation method. “L”Affaire Gastinel,” as the press termed it, caused an uproar in French medical circles and occupied the pages of journals and newspapers in Paris for much of that fall.

To defend his patent, Gastinel sent two colleagues to argue his case to the Academy of Medicine in October 1848. One, a physician called Willemin, claimed that not only did Gastinel devise the tincture distillation method in question but that his tincture provided a cure for cholera, also thought to be a disease of the nerves.

Though Willemin was unable to convince the Academy of Gastinel’s right to priority, he did convince doctors in Paris to adopt hashish tincture as a treatment against cholera.

Physicians in Paris didn’t have to wait long to test Willemin’s theory. A cholera epidemic erupted in the city’s outskirts just months later. But when hashish tincture failed to cure the nearly 7,000 Parisians killed by the “blue death,” doctors increasingly lost faith in the wonder drug.

In the following decades hashish tincture fell into disrepute as the medical theories of anti-contagionism that underpinned the drug’s use against the plague and cholera gave way to the germ theory and thus a new understanding of epidemic diseases and their treatment. During the same period, physicians in French Algeria increasingly pointed to hashish use as a key cause of insanity and criminality among indigenous Muslims, a diagnosis they termed “folie haschischique,” or hashish-induced psychosis. Heralded as a wonder drug only decades before, by the end of 19th century the drug was rebranded as an “Oriental poison.”

First, they must work to dissociate cannabis intoxicants and medicines from colonial notions of “Oriental” otherness and Muslim violence that ironically underpinned both the rise and fall of hashish as medicine in France during the 19th century. As scholar Dorothy Roberts astutely argued in her 2015 TED talk, “race medicine is bad medicine, poor science and a false interpretation of humanity.”

Doctors and patients also must be measured in their expectations of the benefits of medicalized cannabis and not overpromise and then deliver lackluster results, as happened with hachichine during the cholera outbreak of 1848-49.

And they must remain mindful that medical knowledge unfolds historically and that staking the new career of cannabis as medicine on contested theories could hitch the drug’s success to the wrong horse, as happened with hashish after the obsolescence of anti-contagionism in the 1860s.