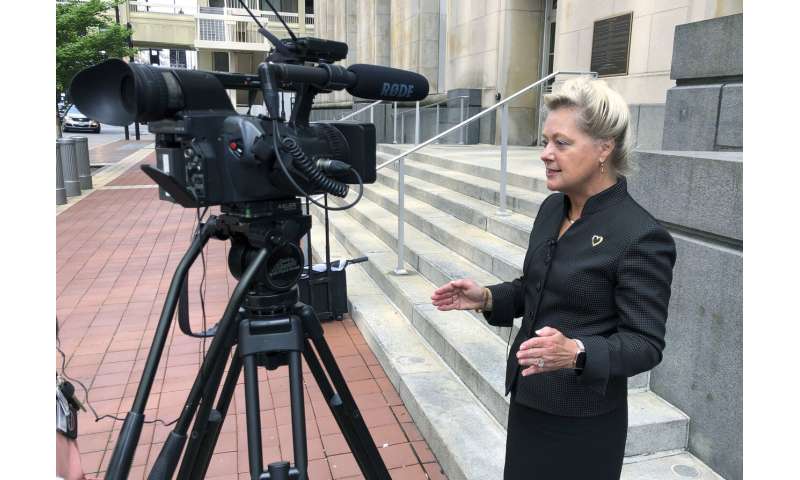 Attorneys for news organizations argued Thursday that the U.S. public should be allowed to see federal data about how prescription opioids were distributed as the nation’s overdose crisis was worsening.

They urged a three-judge panel of the 6th U.S. Circuit Court of Appeals in Cincinnati to overturn a lower court judge’s denial of access to the information. The judges will rule later.

“The value of transparency here is great,” said Karen C. Lefton, an Akron, Ohio, attorney representing The Washington Post. The data concerns “a public health crisis” that affects many more people than a typical case, she said.

The data is a key piece of evidence in hundreds of lawsuits filed by state and local governments against companies that make and distribute the drugs. The U.S. Drug Enforcement Administration database details the flow of prescription painkillers to pharmacies, showing the number and doses of pills.

A Justice Department attorney told the judges releasing the data would compromise investigations.

“This is an issue of really critical importance to the United States and DEA,” said government attorney Sarah Carroll. Making the information public, she said, “would tip defendants off to the scope of DEA investigations.”

Cleveland-based U.S. District Judge Dan Polster, who is overseeing more than 1,500 of the lawsuits, had ruled in July 2018 that the information cannot be made public. He said that doing so would reveal trade secrets. The Post and the HD Media newspaper chain, which had asked the court for the data, then appealed to the federal circuit.

The appellate judges raised a number of questions about Polster’s orders keeping the data secret and hundreds of filings in the case that are under seal.

Judge Eric Clay said it seemed that the secrecy in the case had “just gone overboard.” He told Carroll, of the Justice Department, that “just saying” cases would be compromised seems inadequate.

Lefton and attorney Patrick McGinley, of Morgantown, West Virginia, representing HD Media, complained that Polster was blocking public access without showing “good cause.” Judge Richard Allen Griffin suggested in his questions that Polster was agreeing to keep information secret in pretrial proceedings to try to “leverage a settlement” before a public trial.

The Associated Press has also filed public records requests seeking the information from governments that have received it. It is among three dozen news and free press advocacy organizations that have filed legal papers supporting release of the information.

A West Virginia judge made some of the data public in 2016. The Gazette-Mail used that in a Pulitzer Prize-winning investigation that found that 780 million pills flowed into the state of 1.8 million people in 2007-2012, a period when more than 1,700 West Virginians died from overdoses of opioids, a category of drugs that incudes prescription pills such as OxyContin and illegal ones such as heroin and illicitly made fentanyl.