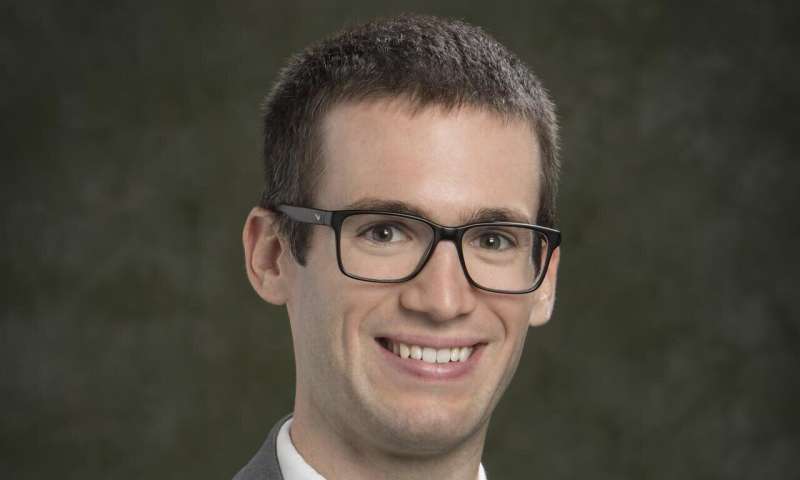 Of three possible ways for people to deliver the life-saving antidote naloxone to a person experiencing an opioid overdose, the use of a nasal spray was the quickest and easiest according to research conducted by William Eggleston, clinical assistant professor at Binghamton University, State University of New York, and colleagues at SUNY Upstate Medical University.

Access to naloxone is a priority for reducing opioid deaths, but as naloxone moves closer to approval for sale over the counter, little was known about how easy and effectively the general population could administer it in an opioid overdose situation, according to Eggleston, with Binghamton University’s School of Pharmacy and Pharmaceutical Sciences.

Eggleston had done prior research in which untrained people were asked to administer naloxone after completing a naloxone training video, and most were successful, he said. “We wondered if we would get similar results when individuals had no training or indication of how to do it.”

Participants in the study were randomly assigned to administer naloxone to a manikin using one of three different methods: a preloaded nasal spray, an intramuscular shot or an improvised nasal atomizer kit that requires a bit of assembly before use. All three types are used by naloxone community programs in the United States.

“We had a station with a manikin and as people came up to check out the booth, we asked if they were interested in helping out with the study. Our goal was to see if there was a method that was the most intuitive,” Eggleston said.

Participants were instructed to administer the device to a high-fidelity manikin in a public environment with distractions to mimic those that might be present in an actual overdose situation. No device instructions were provided and participants were evaluated using a standardized tool.

Successful administration was defined as being completed within seven minutes without critical errors, Eggleston said. The nasal spray saw the best results with a median administration time of 16 seconds, followed by the intramuscular shot, which took close to a minute to deliver. The improvised nasal atomizer kit, which required assembling three pieces, was found to be the most difficult to use by the untrained participants.

One interesting finding is that the success rates in this trial overall, when participants were given no training, were much lower than our success rates the first time we conducted the study using video demonstrations, Eggleston said.

“People may not realize how important it is to provide training on how to administer naloxone,” Eggleston said. “But when someone is not breathing, every second counts. If naloxone becomes available over the counter, our study highlights the importance of training resources, like pharmacists, public health campaigns and community resources. It also shows that the nasal spray product is the most intuitive to use and easiest to give quickly.”