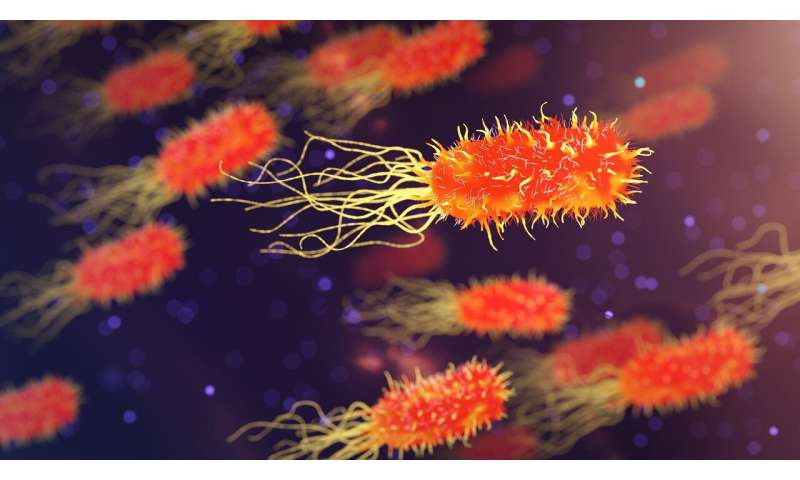 The last thing anyone wants during a stay in the hospital is a hospital-acquired infection. Nosocomial infections, as they are called, are on the rise as more pathogens become resistant to drugs currently available. One pathogen tops the list as one of the most common, one of the most frequently fatal, and one of the most difficult to treat – Acinetobacter baumannii.

Kumar Venkitanarayanan, Associate Dean for Research and Graduate Studies, and professor in the College of Agriculture, Health, and Natural Resources, and his team recently published research in the journal Wound Medicine detailing how they are working to change that.

A. baumannii is included on the World Health Organization’s ESKAPE list, a collection of bacteria that are becoming increasingly antibiotic-resistant. With resistance on the rise, research into alternative therapies is paramount, and in some cases returning to old therapies is proving effective.

Infections of A. baumannii are especially difficult to treat since the bacteria possess an arsenal of measures for acquiring antibiotic resistance, says Venkitanarayanan. The bacteria are also capable of forming biofilms that fortify the infection against antibiotics and affords them the increased chance of spreading, especially in hospital environments.

“A. baumannii is primarily a nosocomial pathogen impacting those especially with compromised immune systems, the very young, the very old, burn victims, and is also reported in the wounds of combat soldiers,” says Venkitanarayanan. A. baumannii can infect wounds and lead to especially persistent skin and soft tissue infections and eventually spread, causing difficult and sometimes impossible to treat systemic infections such as pneumonia or urinary tract infections.

Rather than take the approach of developing new antibiotics, Venkitanarayanan’s research group looks to older treatment methods to search for new strategies.

“In the olden days, metals were used as antimicrobial treatments, so we decided to revisit those to see if they could be applied to modern-day treatments,” says Venkitanarayanan.

Metals and metalloids have long been recognized for their disinfecting qualities, and as such have been used in food preservation, water disinfection, cleaning products, and for wound treatment. The researchers screened metals for their antimicrobial efficacy and found selenium, a metalloid, to be promising. In addition to potential antimicrobial uses, selenium also happens to be a micronutrient important in immune system functioning, nucleic acid synthesis, as well as other physiological processes.

The researchers first determined the minimum amount of selenium needed to inhibit the bacteria’s virulence, or ability to cause disease. With this approach, Venkitanarayanan says the bacteria are still able to grow, but are not able to infect the host as effectively.

Since bacteria develop resistance to drugs when their survival is impacted, at sub-lethal antivirulence concentrations, the bacteria are less likely to develop antibiotic resistance. Also, at these levels, the drugs are less likely to have negative impacts on the patient for instance, such as what is seen with antibiotics where the host microbiome is impacted by the treatment.

Next, the team simulated a wound by culturing cells and wound fluids in a model matrix. The wound matrix model was then inoculated with the bacteria, with or without the amount of selenium needed to inhibit A. baumannii virulence.

The biofilms treated with or without were observed under scanning electron microscopes, and DNA analysis was performed to assess if any genetic changes took place after exposure to selenium.

The researchers also performed assays to determine how effectively the bacteria could adhere to and invade skin cells both with and without selenium present.

Bacteria can employ different strategies to colonize a host, from thick coatings to avoid desiccation or penetration from drugs, to means of attaching to and making their way into the host. It appears selenium has ways to dismantle multiple strategies in A. baumannii.

What the researchers found was that for the cultures exposed to selenium, the biofilm architecture of those cultures was significantly decreased, leaving the biofilm appearing diffuse and broken down. Correspondingly, the post-treatment genetic analysis revealed significant down-regulation of genes associated with biofilm production. Selenium also reduced the bacterial ability to adhere to and invade skin cells.

Studying these exact mechanisms are the next steps the researchers will be taking, thus getting one step closer to clinical applications.

Even though the exact mechanisms of action for selenium are not known at this time, Venkitanarayanan says it is important to explore these types of options. His group has explored selenium’s efficacy for treating other infections such as enterohemorrhagic Escherichia coli (EHEC) and Clostridium difficile (C. diff). As more antibiotic resistance is encountered in treating various bacterial infections, Venkitanarayanan says that looking back to treatments that worked once upon a time is important.