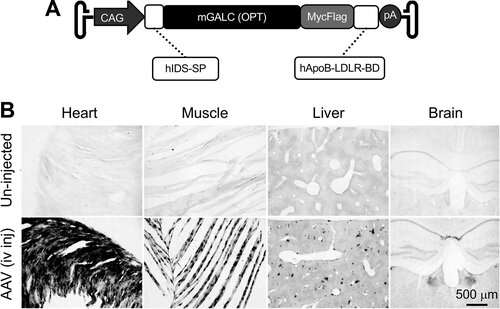 An optimized and newly engineered form of the adeno-associated vector 9 (AAV9) vector used to deliver the galactosylceramidase gene to a mouse model of the inherited neurogenerative and rapidly fatal form of Krabbe disease improved clinical symptoms and prolonged median survival by 275 percent. Two-day old mice treated with a single injection of the systemic gene therapy had a significant increase in median life span to 150 days, compared to 41 days for the untreated mice, as reported in the study published in Human Gene Therapy.

The article, titled “An Engineered Galactosylceramidase Construct Improves AAV Gene Therapy for Krabbe Disease in Twitcher Mice,” was coauthored by Dongsheng Duan, Steven LeVine, and colleagues from the University of Missouri (Columbia), University of Missouri School of Medicine and College of Veterinary Medicine, and University of Kansas Medical Center (Kansas City).

The researchers describe the construction and characterization of the specially engineered AAV9 vector, built on the codon-optimized mouse galactosylceramidase coding sequence, and designed for improved protein delivery to the central nervous system and enhanced secretion of the galactosylceramidase enzyme. At 5 weeks of age, the treated mice had better body weight and motor function than the untreated mice. The longest-lived treated mouse survived to 180 days.