Like many parents in 2020, Beyoncé has faced the challenge of explaining the goings-on of the world to her children. But the mom of three has learned a few lessons along the way herself.

In her December cover story for British Vogue, the superstar opens up about how she talks to her oldest child, 8½-year-old Blue Ivy, saying she has "become a better listener" and praising Blue as a "very smart" little girl.

"She is aware that there is a shift, but it is my job as a parent to do my best to keep her world as positive and safe as can be for an 8-year-old," says Beyoncé, 39.

And her "best advice" for other parents trying to navigate the current landscape and balance caring for their children? "Love them harder than ever," she says.

"I let my children know that they are never too young to contribute to changing the world. I never underestimate their thoughts and feelings, and I check in with them to understand how this is affecting them," Beyoncé adds.

Never miss a story — sign up for PEOPLE’s free daily newsletter to stay up-to-date on the best of what PEOPLE has to offer, from juicy celebrity news to compelling human interest stories.

Inside Beyoncé's Life As a Mom — and Why Blue Ivy Is Taking the Spotlight: "She's a Natural"

Blue is old enough now to leverage that autonomy into the world around her, in terms of projects like the "Brown Skin Girl" video and reviewing footage from philanthropic work her mom has done over the past several months of 2020.

"When I tell her I'm proud of her, she tells me that she's proud of me and that I'm doing a good job. It's teeeeeew much sweetness," the "Formation" singer says. "She melts my heart. I believe the best way to teach them is to be the example."

Beyoncé also spoke with the magazine about why she felt a calling to help elevate Black (and specifically, African) voices, saying that "something cracked open inside" of her after Blue was born in January 2012.

"From that point on, I truly understood my power, and motherhood has been my biggest inspiration. It became my mission to make sure she lived in a world where she feels truly seen and valued. I was also deeply inspired by my trip to South Africa with my family," she says.

"And after having my son, [now-3-year-old] Sir Carter, I felt it was important to uplift and praise our boys and to assure that they grow up with enough films, children's books and music that promote emotional intelligence, self-value and our rich history," the Grammy winner explains. "That's why the film [Black Is King] is dedicated to him." Having recently launched her second Ivy Park x Adidas collection, Beyoncé tells British Vogue that "fashion was a place of escape" while quarantining with her family, which also includes husband JAY-Z and Sir's twin sister, Rumi.

"My kids and I came up with Fashion Fridays," she says. "Every Friday, we would dress up in my clothes or make clothes together and take each other's pictures. It became a ritual for us and an opportunity to handle this crazy year together."

As for how they plan to celebrate the upcoming holiday season, Beyoncé reveals that Rumi and Sir "are old enough to understand Christmas" now, which is a holiday she "love(s)."

"We decorate cookies and ornaments. We also collect ornaments with everyone's favorite things," she says. "We decorate while jamming to Christmas music. Blue leaves milk and cookies for Santa, and always leaves the most beautiful letters for him. We get up early and open presents and then we have a big lunch with all of our family."

Beyoncé adds, "I love the joy and wonderment of children on Christmas. It makes me feel like a kid."

The December issue of British Vogue is on newsstands Friday. 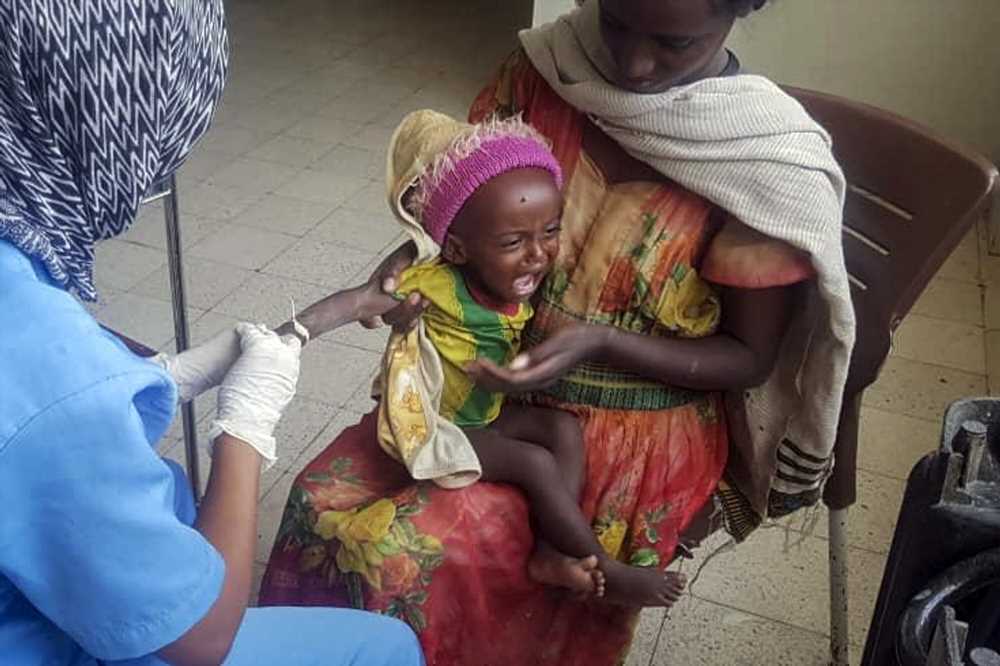