Daniel Craig just may be in the best shape of his life at the age of 52. For a steamy new photo shoot, the actor stripped down, showing off his buff body like never before.

Craig posed for the April 2020 cover of GQ in a green pajama set, leaving the top unbuttoned while sprawled out on a couch with his hand resting behind his head. In another shot, he ditched the shirt completely, putting his chiseled arms, chest and abs on display in an unfastened pair of low-rise jeans.

The photo spread also included two pictures of the Chester, England, native lying in bed in only boxer shorts and a pair of dark sunglasses.

In the accompanying interview, Craig opened up about how he has aged since taking on the role of James Bond in 2006, when he was 37. He noted that his hair color has changed from blond to dirty gray over the years, and said he feels twinges of arthritis as of late.

“You get tighter and tighter,” he told the magazine. “And then you just don’t bounce.” 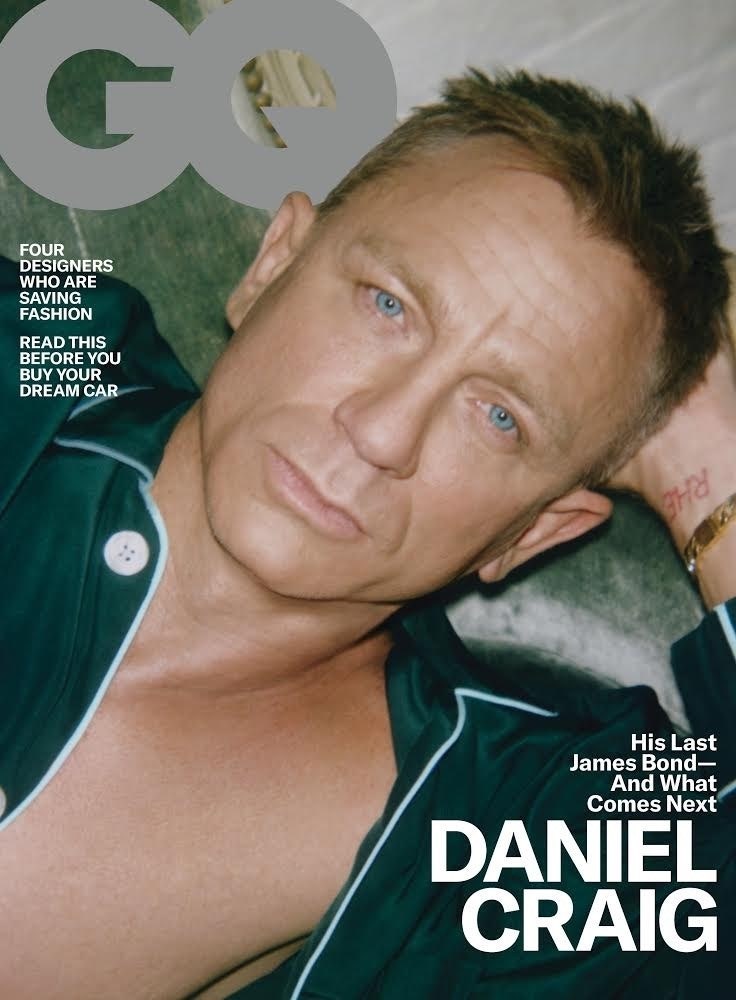 And so, the Guildhall School of Music and Drama graduate decided it was time to step away from the franchise. He made his final appearance as 007 in No Time to Die, which hits theaters on November 25.

“This is my last movie,” Craig said. “I’ve kept my mouth shut before and I’ve stayed out of it and I’ve respected it and I’ve regretted that I did.”

The Golden Globe nominee’s decision to leave the role behind did not come as a surprise. After all, he infamously said in 2015 that he would “rather break this glass and slash my wrists” than return for a fifth movie, which he ultimately did with No Time to Die.

“I was never going to do one again [after 2015’s Spectre],” he explained to GQ. “I was like, ‘Is this work really genuinely worth this, to go through this, this whole thing?’ And I didn’t feel… I felt physically really low. So the prospect of doing another movie was just like, it was off the cards. And that’s why it has been five years.”