Spinal muscular atrophy (SMA) is a genetic condition in which the anterior horn motor neurons as well as other lower motor neurons in the brain stem nuclei degenerate, due to mutations in the survival motor neuron 1 (SMN1) gene. 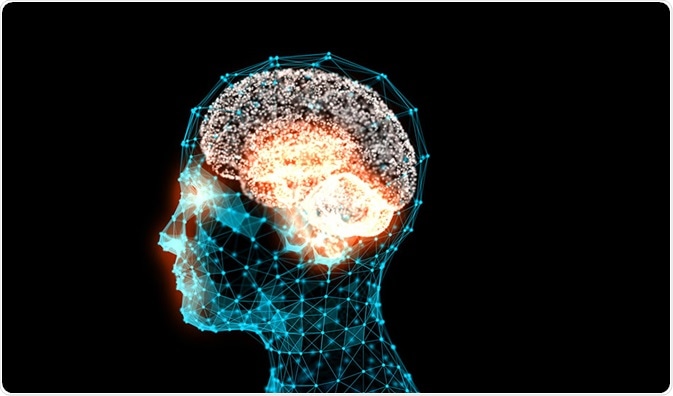 SMA is a syndrome characterized by:

The condition is not homogeneous in its clinical manifestations, because its severity is inversely proportional to the number of copies of the SMN2 gene present in the patient. This is because the SMN2 gene is responsible for the transcription of a part of the messenger RNA (mRNA) encoded by SMN1. Thus, the higher the number of copies of SMN2, the more benign the course of the disorder and the higher the functional level achieved. The etiology of all SMA types, however, is uniform.

The most prominent manifestations of SMA are proximal muscle weakness and atrophy. However, the phenotypic classification should not be taken as compartmentalizing the types into discrete categories. Within a type, the severity varies considerably depending on SMN2 copy number and other modifying genes such as plastin 3.

The onset of disease also ranges widely, from prenatal to adult life, therefore so does the mortality. The clinical course is characterized by a silent phase in all sufferers, but the more severe types are followed by a period of rapid progression and a final phase in which the disease is somewhat quiescent, with slow progression or even, rarely, some improvement. Worsening of disease activity is observed during stressful periods such as infections.

The complications of SMA are most severe and common in type 1 and type 2. They include:

Patients are typically neonates who show evidence of having had this condition prenatally, such as joint contractures resulting from the abnormal hypotonia of the proximal limb muscles. The affected neonates are floppy, feed poorly because of sucking difficulties, show respiratory distress and often develop aspiration pneumonia due to swallowing difficulties. The prognosis is bad, with death occurring within weeks of birth.

Patients are often infants who develop the clinical manifestations shortly after birth, making up about half of all SMA patients. They typically become symptomatic within 6 months and never sit up on their own. Paradoxical respiration, tongue fasciculations, poor suckling and swallowing are all present and may contribute to increased feeding difficulties with time. Without meticulous care and support, death typically occurs within 2 years, often due to aspiration pneumonia. Profound muscular hypotonia, lack of head control and symmetrical paralysis are the norm. However, in a small percentage of cases, head control is present, and they may sit up when supported.

Type II SMA begins to manifest between the ages of 6 and 18 months, and is milder than type I. The affected infants can sit alone and sometimes do stand, but independent walking is impossible. The clinical features include areflexia, minipolymyoclonus (a very fine tremor of limb muscles), chewing difficulties (swallowing is spared in patients towards the mild end of the spectrum), tongue fasciculations, and early kyphoscoliosis and joint contractures. The degree of muscle weakness is quite variable, and when the muscles are very weak respiratory failure may supervene, and the patient may require ventilatory assistance.

Type III SMA is again a heterogenous category, but all major motor milestones are typically achieved, including independent walking. Some patients deteriorate faster than others, while others continue to walk as adults. The presentation occurs as frequent falls, difficulty with climbing stairs, and pushing off the knees to arise from a kneeling or sitting position, because of proximal muscular weakness. The gait may show abnormality due to this weakness, and foot deformities may also be present in patients who continue to walk.

The loss of mobility might precipitate secondary diseases such as obesity and osteoporosis, as well as scoliosis due to hypotonia. Two separate groups are thought to exist, one losing the ability to walk by 10 years or so, and the other retaining it until the age of 40 years. This distinction seems to relate to the age of onset of weakness, before and after 3 years, respectively.

This type of SMA includes patients in whom the symptoms become obvious only during adulthood, and in whom the course is relatively mild. They usually have multiple copies of the SMN2 geneand rarely show secondary complications.

Other symptoms may occur, such as cardiac defects (typically atrial septal defects, ASD), gastrointestinal upsets, autonomic imbalance and hormonal abnormalities. These may be attributed to the widespread occurrence of the SMN protein and its crucial role in muscular development and in the function of many other tissues. Again, such features are seen more often in more severely affected patients, which could indicate that very low SMN protein levels render the patient vulnerable to dysfunction.