Intermittent explosive disorder (IED) is one of the impulse control disorders, all of which are characterized by the person’s inability to resist a drive or an impulse to do something which harms the patient or others. 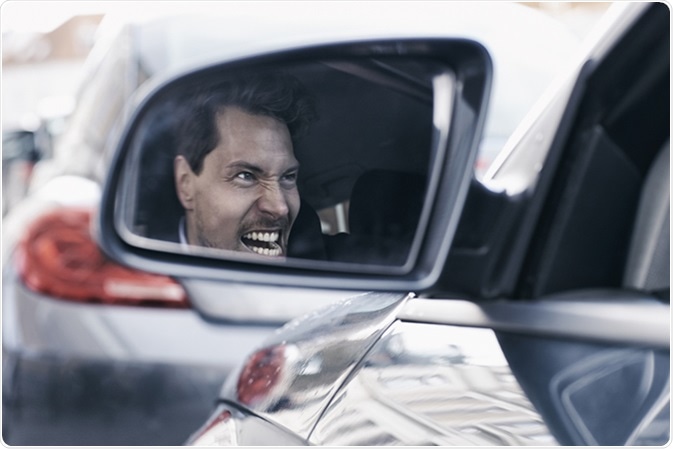 IED is specifically considered to be a mental disorder in which a person develops sudden and out-of-context outbursts of rage or aggression towards people or property, due to failure to control one’s impulses. These may result in acts or words of aggression, violence, verbal threats, vandalizing of property, throwing or breaking objects, domestic abuse and other forms of uncontrolled causeless anger. The action is always a massive overreaction to the alleged provocation, though even a mild stimulus is often absent. The person with IED shows a strange absence of accepting responsibility for one’s anger (usually shifting it on to the situation, other people, or some inciting factor), attempts to excuse oneself on such grounds, and a resulting unwillingness or lack of interest in stopping or changing such behavior.

It results in self-distress, impaired functioning in social, school and workplace settings, relationship breakdown or dysfunction, and sometimes feelings of remorse or guilt later. Such patients often also have mood disorders, fears and phobias, eating disorders, a high incidence of alcohol/ substance abuse, personality disorders such as antisocial or borderline personality disorders, and other specific impulse control disorders.

IED typically begins quite early in life, earlier and more commonly in males than in females, but is typically diagnosed and treated only after several decades. Specific treatment is very rare. In about 80% of cases it persists for a long time, but mellows with age in many people. Its incidence is about 5%-7%, and its prevalence at 3%-4%. Severe IED is diagnosed when the patient has three or more rage episodes per year.

The diagnosis of IED is made only after a full physical examination to make sure that the anger outbursts are not related to any medical or mental disorder other than IED, with required laboratory testing. Mental assessments are also essential to rule out or confirm comorbid or preexisting mental illness. A structured interview is useful to achieve this kind of full testing. Traumatic brain injury especially when the frontal cortex sustains damage seems to be associated in a few cases with the development of impulse control behaviors.

Diagnostic criteria in the Diagnostic and Statistical Manual of Mental Disorders (DSM-IV) have codified the condition. Criterion A lays down that more than one separate incident of failure to resist aggressive impulses that resulted in serious acts of assault or destruction of property must have occurred. Criterion B is fulfilled if the act of aggression bears no proportion to the stressor, if any is present. Criterion C states that the acts of aggression must not have an explanation due to another mental illness, substance abuse, or mental condition.

Treatment is usually individualized. Cognitive behavioral therapy (CBT) has proved to be useful by helping the patient explore the mental setting of the explosive outbursts, harness the relaxation powers of various calming and corrective cognitive techniques, and change one’s response to provocative factors. The improvement seen is generally lasting and pervasive, and improves the patient’s quality of life.

Medications also play a role, with mood stabilizers, selective serotonin reuptake blockers (SSRIs), anticonvulsants, and some antipsychotics having been found useful in controlling the explosive episodes.