The third stage of labor is the that in which the placenta is expelled, either spontaneously or following medical intervention. There are different modes of managing the third stage, classified as physiological and active management. 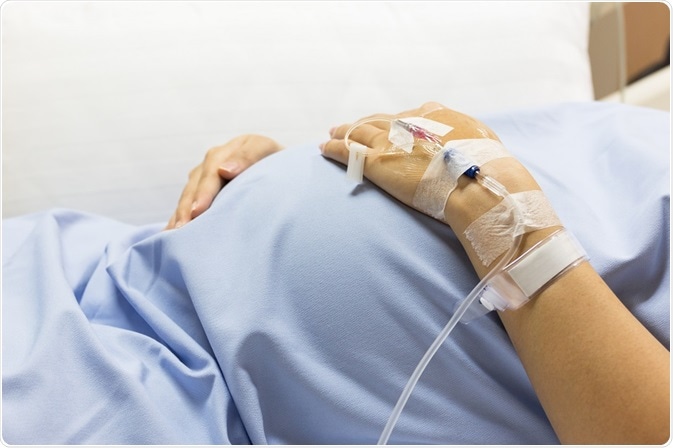 Active management consists of using controlled cord traction to expel the placenta immediately after delivery and administering early uterotonics to contract the uterus soon after the birth of the fetus. On the other hand, expectant management comprises an attitude of watchful waiting, monitoring factors such as the duration of the third stage, uterine contractions, and the mother’s condition in terms of vaginal blood loss, vital signs and dehydration or acidosis.

Do we need active management of the third stage?

The need for active management is far from being universally recognized. While the World Health Organization, the International Confederation of Midwives and the International Federation of Gynecology and Obstetrics support it as a necessary part of labor management for all women, NICE guidelines reserve it for only those women who have a low risk of PPH and who also do not request physiological management after being given information about both options.

Many other studies and official bodies recommend its use only after the woman has been given explanations about the risks and advantages of both approaches and takes an informed choice to have this method adopted.

Each method is claimed to have superior benefits. However, several trials have been conducted and their analysis reveals that there is no significant advantage to the active management of the third stage, with respect to the following outcomes:

It did show benefits in:

The active management of the third stage is not mandatory but should be offered to all women in the antenatal period, with full information being made available to them to help them arrive at a decision, according to one prominent school of thought. In active management, placental expulsion is not dependent solely upon the natural contractility of the uterus, but must be ensured by prophylactic uterotonics which will not only produce uterine contraction with separation of the placenta, but prevent PPH.

Three basic techniques are used to achieve rapid placental expulsion which will, hopefully, be followed by proper uterine contraction and retraction:

These drugs cause powerful contractions of the uterus and therefore the presence of another fetus should ALWAYS be ruled out before administering them. They are always given after the clamping and cutting of the cord, and within a minute of delivery.

In the active management of the third stage, all low-risk vaginal deliveries are followed by the administration of oxytocin by one of the following routes:

All these are normally combined with uterine massage to promote uterine contraction, except when carbetocin is used following a vaginal delivery. Ergonovine and misoprostol are often used in developing countries and remote locations where oxytocin storage is not possible. However, only the latter is recommended in this situation, due to the risk of:

2.Clamping and cutting the cord

Cord clamping is delayed by 1 minute or more in preterm neonates, to reduce complications such as intraventricular hemorrhage and need for transfusions. However, it is performed within a minute of delivery in term babies as a part of active management.

The pretext for the lack of delay in clamping is the risk of physiological jaundice as more blood is retained in the fetal circulation with delayed clamping, but on the other hand such babies have a higher iron content and lower chances of anemia. The other reason is that it enables CCT to be performed almost at once by promoting placental separation.

CCT should be performed only when the uterus is well contracted. The delivery of the placenta is facilitated by applying traction on the part of the cord outside the vulva, first downwards with one hand supporting the fundus of the uterus to prevent uterine inversion, and then guiding it upwards and out of the birth canal once separation has occurred.

This is usually done following signs of placental separation from the uterine wall, such as contraction of the uterus and fresh bleeding, but may be done as an initial measure as well. If there is any resistance to the separation and emergence of the placenta, further traction should be stopped for a minute and the uterus allowed to contract, before resuming the attempt.

Once the placenta appears at the vulva, both hands are used to hold and twist it gently to ensure that all the membranes are delivered intact. It should be inspected after it is completely delivered to rule out retention of any part.

Once the placenta has been delivered, uterine massage is given to ensure it retracts and contracts forcefully. This reduces the odds of PPH, and should be repeated at intervals for two hours to confirm and maintain this state. Following this, the vulva and vagina are carefully inspected and repaired if necessary to reduce the bleeding from large or deep lacerations of the birth canal and neighboring areas.

It is noteworthy that practices such as immediate traction on the cord and placental cord drainage have not been found to be of use in preventing PPH and are therefore not an official part of active management.

The active management of the third stage is recommended if there is to be an overall reduction in PPH and in manual removal of the placenta. However, it cannot significantly influence the incidence of severe PPH and blood transfusion following childbirth.