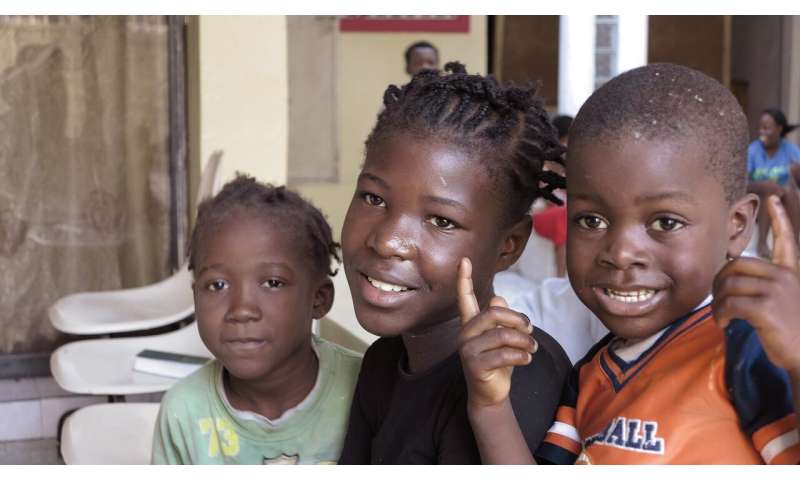 This is the first positive psychology-based intervention to be systematically evaluated for use with refugee children.

The purpose of the intervention, known as Strengths for the Journey, is to build positive psychological resources in young refugees—such as positive emotions, character strengths, optimistic thinking, community and nature connectedness, hope, and mindfulness—in order to promote their wellbeing and resilience.

In a study, published in the journal Development and Psychopathology, the researchers show that the intervention improved the children’s positive outcomes (wellbeing, optimism, and self-esteem) and reduced their depressive symptoms.

Specifically, it more than doubled participants’ ratings of their wellbeing and optimism and led to dramatic reductions in depressive symptoms.

Dr. Sevasti Foka, lead author of the study from the Department of Biological and Experimental Psychology at Queen Mary University of London, said: “The key finding of the study is that the Strengths for the Journey intervention seems to be quite effective. Our results suggest that short, inexpensive positive psychology interventions such as Strengths for the Journey can lead to real improvements in refugee children’s mental health and wellbeing, even when those children are experiencing the many challenges of living in a refugee camp.”

The program is delivered over a seven-day period and was evaluated in refugee camps in Lesvos, Greece, with 72 children ranging from 7 to 14 years-old. The children were predominantly displaced from Syria and Afghanistan.

Over a million refugees have arrived by sea in Greece in the last four years, almost half of whom are under 18 years old. Upon arrival in Greece, many are placed in camps with limited access to school and mental health services, and report high rates of attempted suicide, panic attacks, anxiety, and aggressive outbursts.

The intervention is one of very few programs to be developed specifically for use with kids living in refugee camps. Refugee camps are quite a different context from resettlement or settlement in communities and are very challenging places for children to live.

The researchers suggest that the intervention should be expanded to a larger group of refugee children in Greece—and potentially those living in refugee camps elsewhere—because it has real potential to improve their mental health and wellbeing.

Isabelle Mareschal, an author of the study from Queen Mary University of London, said: “It seems like child refugees living in low-resource settings like refugee camps would benefit from Strengths for the Journey or other short positive psychology interventions that promote resilience.”

In the study, the researchers ran a pilot evaluation using a wait-list controlled trial design to see whether the intervention improved children’s mental health and wellbeing. This involved providing the program to one group of children and then providing it to the next group a little later in order to compare outcomes while still providing treatment for all participants.

The researchers were improving on most previous work in three ways: by doing a controlled trial, focusing on children living in refugee camps, and by looking at positive outcomes rather than just psychopathology.