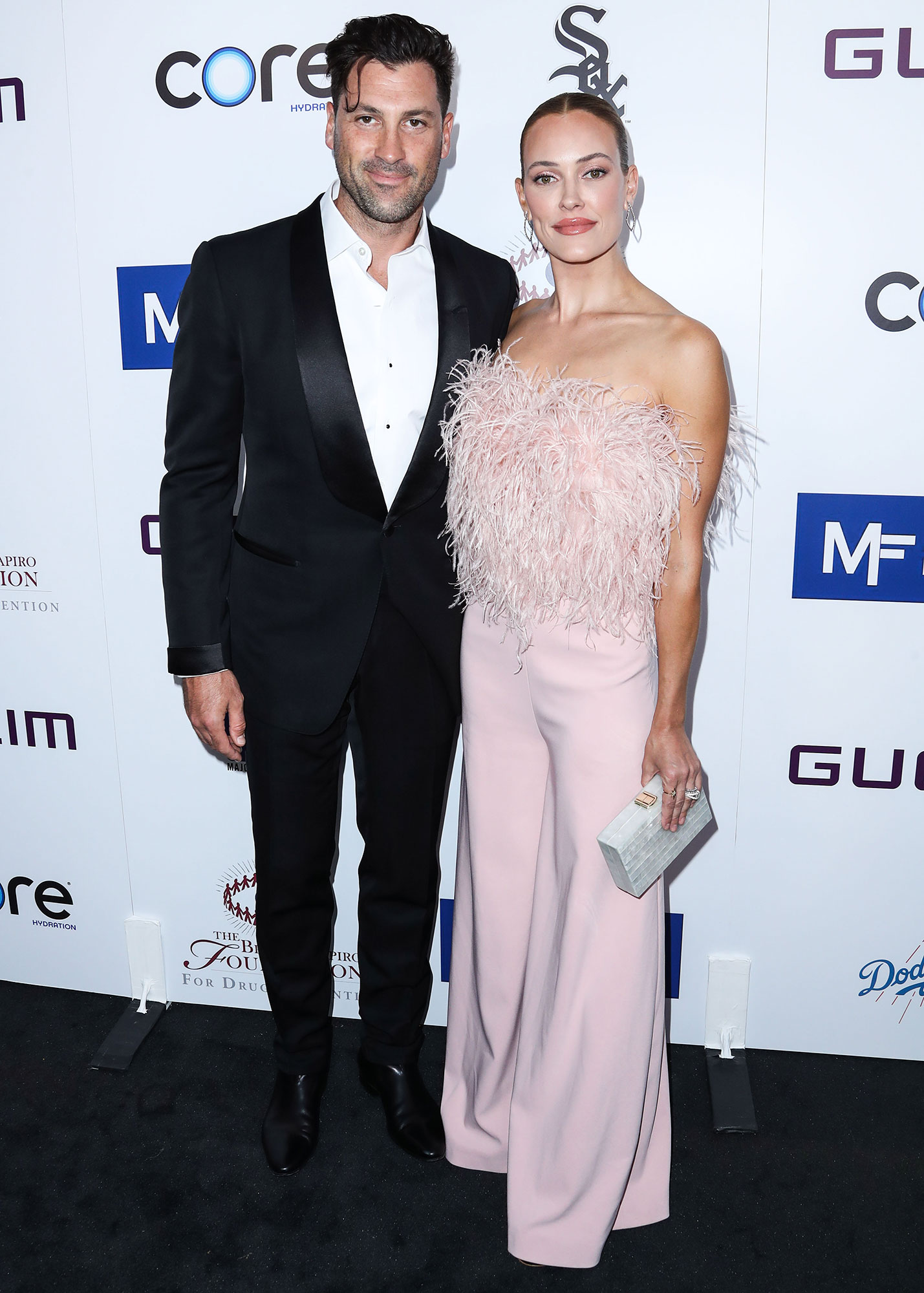 Jealous … for more than one reason. Peta Murgatroyd and Maksim Chmerkovskiy showed off their enviable beach bodies while vacationing in Tulum, Mexico, for his 40th birthday.

“To the next 40 my love,” Murgatroyd, 33, captioned a series of Instagram photos on Friday, January 17. “#letsgo.” In the pics, Chmerkovskiy went shirtless, flaunting his abs and sporting tie-dye swim trunks. The Dancing With the Stars pro, for her part, dressed in a one-piece suit.

The couple, who tied the knot in July 2017, cuddled up on a lounge chair and kissed. Chmerkovskiy playfully grabbed Murgatroyd’s rear in one photo.

The Ukraine native turned 40 on Friday. Keo Motsepe was among the Dancing With the Stars cast members who joined him in Mexico for the celebration.

Murgatroyd gushed over her husband on her Instagram Story. “The beginning of YOUR YEAR my love,” she wrote.

Meanwhile, Chmerkovskiy posted a pic of himself goofing around in the ocean. “40 in 2020,” he captioned the shot on Friday.

The duo vacationed in the Bahamas in December 2019, at which time Murgatroyd joked about her process for achieving the perfect bikini photo. “Maks always looks this good, but I’m tensing every muscle for this pic,” she quipped.

The New Zealand native opened up exclusively to Us Weekly in October 2019 about expanding their family. (The choreographers are parents of son Shai, 3.) “I would love to have more kids,” she explained. “We’re talking about it now and trying to — it sounds crazy — schedule it in. The next season [of Dancing With the Stars] will probably be in fall again, so can I fit a baby in before then? Probably can, so we’ll see if it’s doable, yeah.”

Murgatroyd noted at the time that she wants “to have two [kids] and then the third … later.”

Sister-in-law Jenna Johnson revealed in October 2019 that the women have a pact. “Peta and I have a deal that we’re going to get pregnant together,” the 25-year-old reality star told Us.

However, Johnson and husband Val Chmerkovskiy — they wed in April 2019 — might wait a while. “We definitely want babies but just not yet,” she admitted. “I love married life and I love every second with him so I really cherish that.”