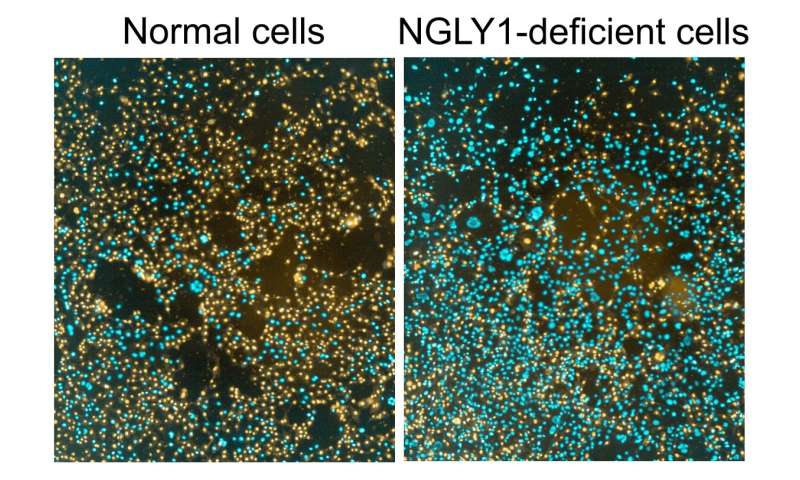 “Our findings uncover a new and completely unexpected ‘job’ for NGLY1, which was originally thought to only cleave sugars from proteins,” says Hudson Freeze, Ph.D., director and professor of the Human Genetics Program at Sanford Burnham Prebys and senior author of the study. “This new information, which includes the molecular signals NGLY1 uses to drive aquaporin production, fundamentally shifts how we approach drug development. Most immediately, we can begin to screen for existing FDA-approved drugs that may increase aquaporin levels.”

The first patient with NGLY1 deficiency, then-four-year-old Bertrand Might, was diagnosed in 2012. The condition occurs when both copies of the NGLY1 gene contain mutations. As a result, children with NGLY1 deficiency produce little or no N-glycanase1—a protein that removes sugars from proteins during the cell’s regular recycling process. Today, approximately 60 people in the world have been identified with NGLY1 deficiency. There is no cure, and existing treatments only address a few of the disorder’s symptoms.

“This discovery is a giant leap forward in our understanding of NGLY1 deficiency and our ability to find a drug for the condition,” says Matt Might, Ph.D., Bertrand Might’s father and chief scientific officer of NGLY1.org, which funded the research. “In addition to exploring new treatment avenues, we can immediately start to test currently available drugs to see if they may help Bertrand and other children living with NGLY1 deficiency.”

Because of NGLY1’s established role in helping recycle proteins, scientists predicted that cells that lack NGLY1 would fill with unrecycled proteins. However, despite numerous experiments by Freeze and others, this has not been observed.

Mitali Tambe, Ph.D., a postdoctoral associate in the Freeze lab and the first author of the study, set out to shed light on this mystery when she made an unexpected discovery. While normal cells burst open when placed in distilled water, cells from children with an NGLY1 mutation refused to pop open. 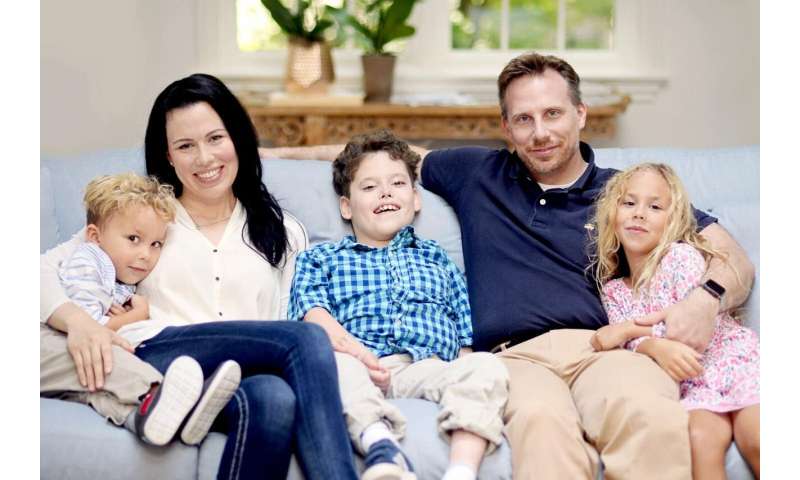 “At first I thought what every scientist initially thinks: I made a mistake,” says Tambe. “But this observation actually revealed a previously unknown role for NGLY1 protein.”

The unexpected finding prompted the scientists to dig in deeper. In addition to studying skin cells from three children with NGLY1 deficiency, the researchers created human and obtained mouse cells that either lacked NGLY1 or produced excess amounts of the protein. In these studies, they found that cells that lacked the NGLY1 protein had fewer aquaporins—proteins that connect the inside and outside of a cell and control water movement—and were resistant to bursting open when placed in water. These results were reversed in cells that were given excess levels of NGLY1. The researchers also identified the molecular signals NGLY1 uses to instruct cells to produce aquaporins, proteins called Atf1 and Creb1, which may lead to useful drug targets.

“In addition to regulating tear and saliva production, aquaporins are involved in many brain functions, such as cerebrospinal fluid production,” explains Tambe. “Lack of aquaporins may explain many of the symptoms seen in children who are NGLY1-deficient.”

The scientists devised a clever experiment to determine if NGLY1 is regulating aquaporin levels through its expected sugar-removal function or in another manner. They created two cell types that either produced a normal NGLY1 protein or NGLY1 with the sugar-cleaving area disabled. The altered protein successfully altered aquaporin levels—indicating that NGLY1 has a second function in addition to its sugar-removing (enzymatic) activities.