If you’ve made it onto ‘FitTok’, the health and fitness community on social media platform TikTok, it’s likely that you’ve watched an influencer take on the 75 Hard challenge.

The fitness and nutrition challenge has been circulating on the app since March 2019 and, at the time of writing, has since amassed 189.6m views on hashtags #75Hard and #75HardChallenge. Its popularity is undeniable, but the challenge is based on very little scientific research and, as we explore below, could have extremely damaging consequences to a primarily teenage audience.

Created by motivational speaker, podcaster, author, and supplement company owner Andy Frisella, the 75 Hard challenge is described as a “MENTAL TOUGHNESS PROGRAM”, and “NOT A REGULAR FITNESS PROGRAM”. Frisella, however, is not a certified trainer, dietitian, or licensed clinical therapist.

Instead, the only relevant qualification he offers towards 75 Hard is “20 years of intensive study and real-life experience.” In Frisella’s podcast, ‘Real AF’, he introduces the challenge as a way to change your life for the better and lose weight. “I’ve spent more than 20 years figuring out how to master mental toughness,” he writes in the episode notes. “I’m putting everything I’ve learned into a program I call 75 HARD.” The rules are relatively simple… 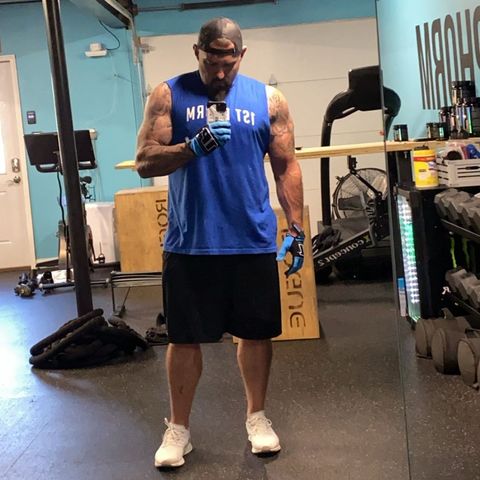 Once you embark on the 75 Hard challenge, you must follow a strict set of rules outlined by Frisella — you’ll find them below — for 75 days straight, recording your progress every single day, working out twice daily and abstaining from alcohol and certain food groups.

While he doesn’t specify which foods this includes, alcohol and “cheat meals” are banned. It’s unclear what qualifies as a ‘cheat’ meal, though.

Work out twice a day, for at least 45 minutes

One of these workouts must be an outdoor session, Frisella says, although it’s not explained why. An outdoor walk can count towards this.

This is a fairly standard rule across the majority of fitness challenges, with increased water intake offering some fairly valuable benefits. This includes stopping you over-heating, helping your kidneys get rid of waste from your body, delivering oxygen throughout the body, boosting physical performance and cushioning the brain, spinal cord and other sensitive tissues. 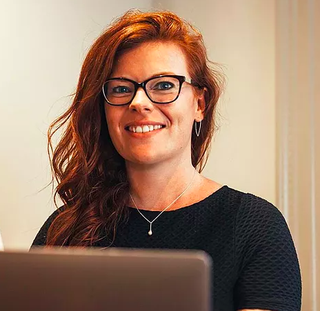 Again, nothing new here — in terms of health challenges, that is. It’s thought that by taking a cold shower, you’ll ignite your inner thermostat, raising metabolism and kick-starting your internal heat-producing mechanisms. Production of norepinephrine and dopamine — two hormones that shift your nervous system into a sympathetic state — will increase, helping you feel more energized, alert and motivated before a workout. The pre-squatting espresso can wait.

There’s some interesting science to be found here, too. Scientists at the University of California, Irvine, found that participants who took a daily smiling self-portrait for four weeks experienced significant mood improvements, as well as increased confidence. However, daily selfies could lead to body dysmorphia — a mental health condition where a person is constantly concerned about flaws in their physical appearance.

Perform other ‘unrelated tasks’ and ‘random acts of kindness’

What seems to be more of a holistic objective would undoubtedly provide a welcome boost to your dopamine levels — the feel-good hormones — which is directly linked to increased levels of motivation. Perform a favor, pay it forward and hit the squat rack. “R.A.O.K. includes things like donating, volunteering, paying for a stranger’s meal, filling a trash bag during your outdoor workout, etc” reads a 75 Hard template from Frisella’s Instagram account. “If the task is done with intent, I believe the collective power of these acts can bring massive positive change to the entire world.”

But, What Do The Experts Say About 75 Hard?

While Frisella’s education in the school of life may have captured the imagination of TikTokers the world over, Medlin thinks the challenge may have damaging consequences.

“Most of the diets we see online are what we would consider to be fad diets,’’ she says. “These include the keto diet, the Atkins diet and the paleo diet. For the average person, they are often excessively restrictive and not particularly sustainable as they include cutting out whole food groups.”

When it comes to nixing the cheat meals, a lack of dietary flexibility could be detrimental, explains Medlin. “When there’s no flexibility and you’re not allowed any of the things we associate with social eating, that can be really harmful to people.”

Dr. Luci Etheridge, Consultant Pediatrician for eating disorders at St George’s Hospital, believes that following an aggressive diet change can trigger and prolong eating disorders among vulnerable young people, who make up a large percentage of TikTok’s user base.

“What we tend to hear a lot when working with young people is the idea of bad foods – foods that in and of themselves are bad and harmful,” she says. “A lot of the work we do in treatment is trying to get back to ‘normal adolescence’ and break those ideas of foods being inherently bad.”

#75hard #75hardchallenge Day 18: Ronja chased a deer so I had to chase ronja

“Having pizza and sitting on the sofa one night is completely normal behaviour. It won’t harm you; it won’t mean you’re a bad person.”

It’s not just about the food. The daily progress pictures, however motivating, could hide more sinister results, explains Medlin. “That level of self-surveillance is really harmful to people and leads to disordered eating and eating disorders.

“It makes people who look more like the before photo feels worse about themselves, and people who have the after photo compare themselves to something that isn’t sustainable.”

Ironically, this could cancel out the original foundations of 75 Hard — building ‘mental toughness’ and the resilience to see something through.

“There is a real responsibility issue. It’s purposefully targeting a vulnerable audience”

75hardchallenge. Day 75/75. One of the most humbling experiences of my life. Thank you guys for all your support throughout this journey #75hard

The concept that “‘if you do this, you’re tough; and if you don’t do this, you’re not good enough’ plays into a masculine narrative of being both physically and mentally strong that can become associated with eating disorders,” says Dr Etheridge. “We know that about 10 per cent of eating disorders occur in young men. They don’t make up 10 per cent of my caseload, though. Young men are not getting the help that they need when they need it.”

This comes under Muscularity-Oriented Disordered Eating (MODE), which Medlin describes as “the struggles men have, more commonly than women, focusing on their physique – their body fat percentage and their muscle mass – over anything else”.

75 Hard and The Relationship Between Social Media and Eating Disorders

“Social media doesn’t cause eating disorders directly, but we talk about precipitating factors and prolonging factors,” explains Dr. Etheridge. “We are increasingly hearing this story of online influences being part of the narrative.”

Medlin agrees. “When [the challenge] is placed on a pedestal in this way, particularly on a platform like TikTok which is aimed primarily at a very young market, there is a real responsibility issue. It’s purposefully targeting a vulnerable audience who don’t know any better.”

“There is data that shows young people up to the age of finishing university use social media, particularly Instagram and now TikTok, as their main source of health information,” she says. Worryingly, according to research from the European Association for the Study of Obesity, 90 per cent of dietary information from influencers is false.

While we have come a long way in recent years to break down barriers regarding mental health, it is clear that for those who are vulnerable, the pandemic has dealt a huge blow — “There’s a lot of young people we’ve diagnosed with eating disorders recently who’ve said, ‘I lost control; I didn’t know what was going on in the world’,” Dr Etheridge says — which is why now, more than ever, it is so important that we are wary of the potentially damaging impact the content we choose to broadcast on social media.

This cost on the mental health of social media users may have put money in Frisella’s pocket. In a 2017 interview with Forbes, Frisella explained how his social media strategy helped his supplement company earn $100 million in sales. “I looked at all our competitors and all they were posting were pictures of protein powder. I thought that was so boring, and I wanted to do something different, so I catered our content around motivation instead, the lifestyle our customers wanted to live.”

Yes, 75 Hard does seem like a challenge, but is it about financial gain or mental resilience? In a digital world rife with misinformation, one thing remains shockingly clear — the most worthwhile challenge here is for young people to block out the narrative that challenges such as 75 Hard reinforce.