No pressure! Zoe Kravitz doesn’t like being asked about whether she and her husband, Karl Glusman, want to start a family.

“A lot of people ask the question, ‘When are you gonna have a baby?’ or say things like, ‘When’s the baby?’ and I really get offended by people assuming that’s something that I have to do because society says so,” the actress, 31, told Dax Shepard on a Monday, May 4, “Armchair Expert” podcast episode. ”Right now, I’m certainly not in a place where I think I’m able to do that just because of work. Also, man, I don’t know, I like my free time.”

The podcast’s host, 45, who shares Lincoln, 7, and Delta, 5, with Kristen Bell, advised Kravitz to travel to every country before having children. 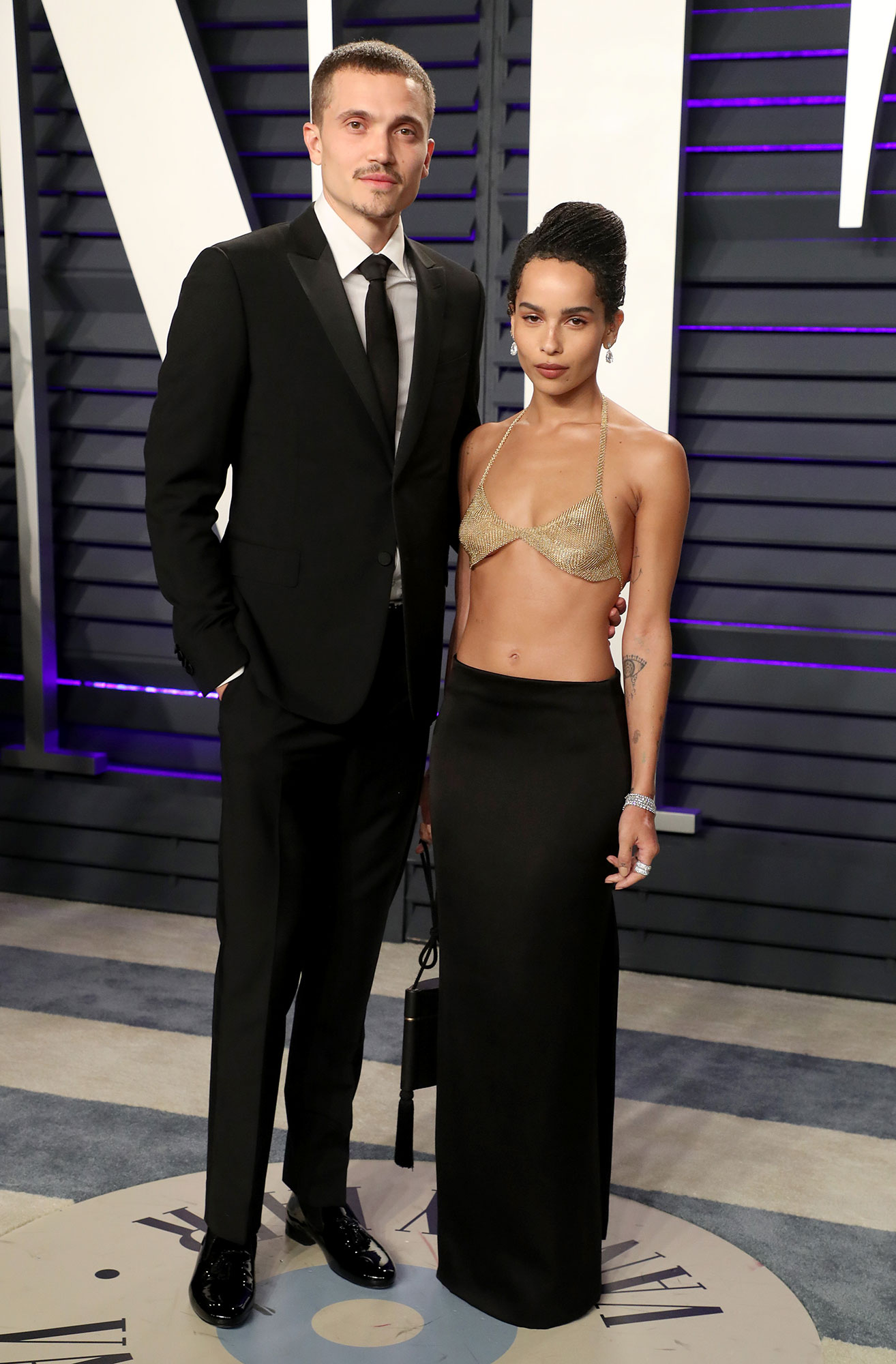 The High Fidelity star and Glusman, 32, started dating in 2016 and secretly tied the knot in May 2019. The following month, they married a second time in France with their family and friends.

The Los Angeles native gushed about her husband to Shepard on Monday, saying, “I feel I’ve known him my entire life. He’s just one of the kindest people I’ve ever met. He’s one of the most honest people I’ve ever met and I feel like I’ve known him since I was a kid, even though I haven’t. There’s this connection where it’s like we’ve always known each other, we’ve always lived together. It doesn’t feel like this foreign thing.”

The Big Little Lies actress added, “We have a history, it feels like. You know how sometimes you have a weird part of your personality only your friends know from when you were young? We have that same part of our personalities, if that makes sense.”

Kravitz was “in sweatpants” and “a little drunk” when the actor proposed to her, she told Rolling Stone in November 2018.

“I could feel his heart beating so fast — I was like, ‘Baby, are you OK?’” the Fantastic Beasts star recalled. “I was actually worried about him. I love that it wasn’t this elaborate plan in Paris. It was at home, in sweatpants.”